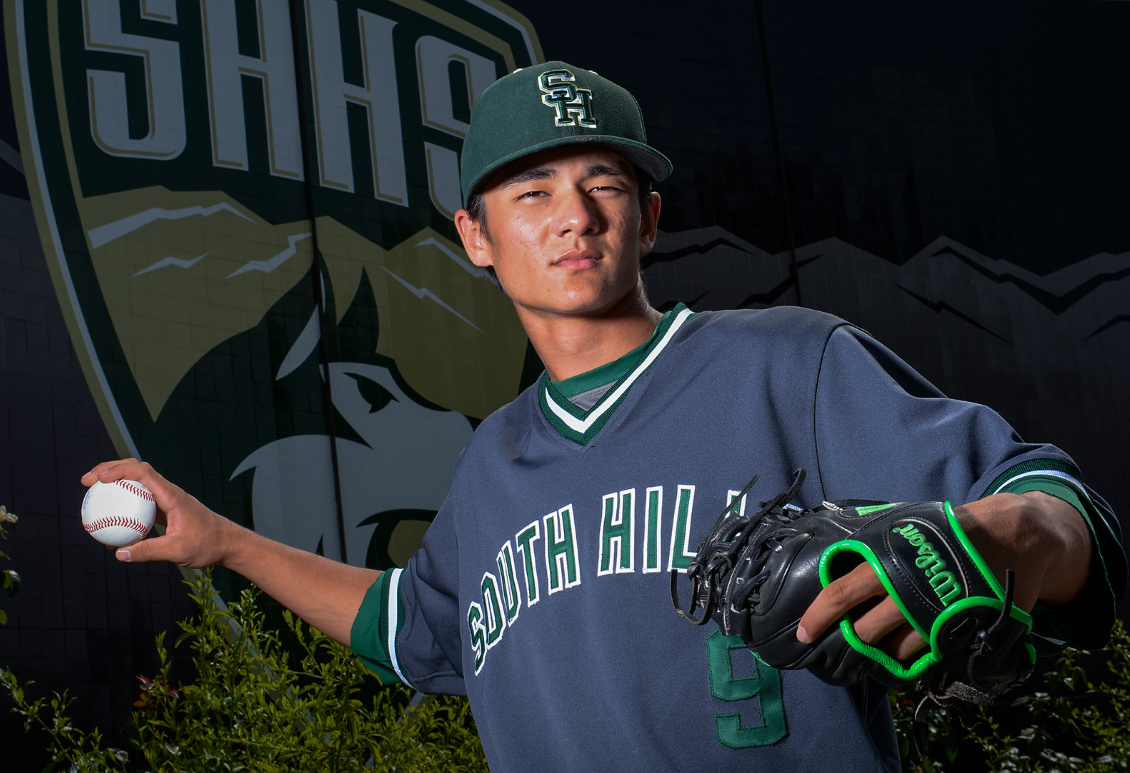 2016 TRIBUNE ALL-AREA BASEBALL PHOTO GALLERY
Player of the Year: Brandon Dieter, South Hills, Sophomore
South Hills’ magical season ended with a CIF Southern Section Division 2 championship in a seventh inning come-from-behind 4-3 victory over Redlands East Valley.
In the middle of it, as has been the case all season, was sophomore pitcher Brandon Dieter, who not only started and gave the Huskies five innings of shutout ball, but he singled and scored the Huskies’ first run, and moved runners over in the do-or-die seventh inning that paved the way to the school’s sixth championship. 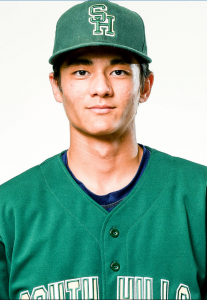 That’s been Dieter all season. No matter what, whether pitching, playing second base or delivering at the plate, he delivered when the Huskies needed him the most, which is why he’s been selected the 2015-16 Tribune baseball player of the year while also earning CIF-SS Division 2 player of the year honors.
No wonder the sophomore is already committed to Stanford.
“Brandon is poised beyond his years,” South Hills coach Darren Murphy said.
Dieter was 7-2 with a 1.10 ERA and also was one of the best infielders and hitters on the team, batting .311 with four doubles and 13 RBIs.
“This is a team of many heroes and so many guys played a huge part in the championship, but Dieter saved us,” Murphy said. “He had five hits in the playoffs and turned three double plays in our semifinal win over Damien. He had a hand in everything we did in the playoff run.”
Injuries to pitcher’s Ryan Mauch and Andres Alvarez put more pressure on Dieter to produce, and he didn’t flinch. South Hills won in his last eight starts and in all those wins he never allowed more than two runs.
Dieter opened the playoffs throwing five shutout innings while allowing just three hits in a 4-0 first-round win over Mayfair, then threw a complete game in a 8-1 quarterfinal victory over Foothill.
“Dieter is a complete pitcher in every way,” Murphy said. “And he’s stronger mentally than any sophomore pitcher I’ve ever coached. He’s a walking contradiction. He’s cool as ice on the outside, but an intense competitive fire burns inside.
“He’s the only kid I’ve coached that fit the bill of what I think Stanford student athletes are all about. He’s a special player and special players do special things.” 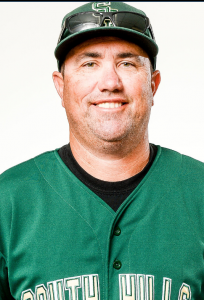 When Darren Murphy left Northview for South Hills three years ago, many wondered if he was ready for the tradition-rich Huskies’ program and all the pressure that came with it.
Murphy showed what he could do at Northview, building the program from the ground up and winning a Division 4 title in 2008, giving the school its first title in 37 years.
But after leading South Hills to its sixth championship in a dramatic 4-3 victory over Redlands East Valley to claim the Division 2 title, Murphy solidified his place as one of the San Gabriel Valley’s all-time best, and is only the second area coach to win championships at two different area schools. Denis Paul won a championship with Walnut in 1982, and two more with Diamond Bar in 1985 and ‘88.
Murphy, whose team also won the Palomares League title, has been named the Tribune’s 2015-16 baseball coach of the year while also being named the CIF-SS Division 2 coach of the year.
“It’s a nice honor and I’m humbled, but the best part of it is it’s a reminder to me that I have a great staff and that South Hills is CIF Champions and that sounds so good to say,” Murphy said.
Naturally, he’s been asked to compare both championships.
“Every championship is great,” Murphy said. “In 2008, it was special because Northview was all I knew. I graduated there (1990) and started coaching there after playing in college. So after 37 years it was a really cool thing to be part of (a championship) and of course it was my first.
“At South Hills, it was equally important for different reasons. You can get caught up as a coach and as a player with the past success and tradition of the program and the expectations can be as daunting as they were this year. But we embraced it and constantly addressed that (championship) as our ultimate goal. It was a grind facing those expectations, but this group of kids became a family because of it. Nobody cared who got the credit on this team and that’s when you know it’s special.”
South Hills’ final two games couldn’t of been more dramatic. The Huskies beat neighboring Damien 4-1 in front a packed house at South Hills, then after blowing a 2-0 lead in bottom of the sixth to Redlands East Valley to fall behind 3-2 with three outs left in the seventh, the Huskies dug down to score two in the top of the seventh to pull out a 4-3 victory with the game ending on a double-play with REV’s tying runner at third.
“The Damien game was a championship atmosphere and a game that we will never forget and the last two innings of the CIF championship was straight Hollywood,” Murphy said. “I wouldn’t trade that last half hour of baseball for anything.”
South Hills finished 26-7 and was ranked 14th in state by Maxpreps. 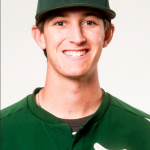 The Baseline League and CIF Southern Section Division 2 first team selection is a Texas Christian University signee who has a big decision to make after being selected 41st overall by the Pittsburgh Pirates in this month’s Major League Baseball draft. The 6-foot-5 lefty had a great season, finishing 8-2 with a 1.97 ERA with 83 strikeouts in 65 innings to help the Spartans to a league title and Division 2 semifinal appearance. 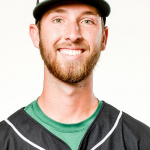 The Bearcats’ ace was sensational, finishing 9-1 with a 1.64 ERA with 57 strikeouts while surrendering just 14 walks all season. Opponents managed just 14 earned runs off Woodall in 26 innings and he was a big reason the Bearcats finished second in the Palomares to league champ South Hills, who went on to win the Division 2 title. The UC Santa Barbara signee also was a Palomares league first-team selection. 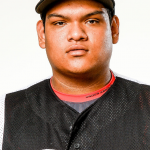 The infielder/pitcher did it all for the Montview League champion Dons, who finished 21-3 after advancing to the CIF-Southern Section Division 5 second round. Reyes, named the Montview League most valuable player, batted .439 with 20 RBIs, four doubles, two triples and a home run. And he was just as dangerous when asked to pitch, finishing 4-0 with a 0.43 ERA in 32.2 innings, allowing just two earned runs with 39 strikeouts. 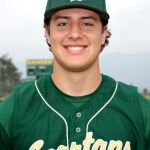 The Baseline League first-team selection was a rock behind the plate for the Spartans, and big reason they advanced to the CIF Southern Section Division 2 semifinals. Free was not only great defensively, he was a monster at the plate, batting .443 with 32 RBIs, two home runs, ten doubles and two triples. 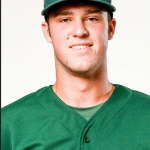 The San Diego State commit had an incredible season for the Huskies, earning Palomares League most valuable player honors and named to the CIF Southern Section Division 2 first team after playing a huge role in helping the Huskies claim the Division 2 title in a 4-3 win over Redlands East Valley. Dearth, who played first base, batted .402 with two home runs, 15 doubles, 22 runs scored and 25 RBI’s. 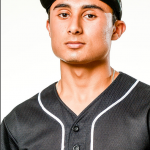 The Palomares League first-team selection was one of the best power hitters and run producers in the area. In addition to batting .388, Delgado belted five home runs with seven doubles, five triples and 25 RBIs. Among his homers included two grand slams in wins over Claremont and Glendora. 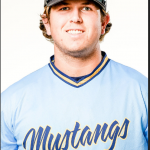 The 6-foot-2, 215 pound first baseman was a rock for the Mustangs, earning Hacienda League player of the year honors while leading his team to the Hacienda league title, which they shared with Charter Oak. McKenzie, who is committed to Cal Poly, Pomona, batted a whopping .463 with five home runs, 12 doubles and 27 RBIs. 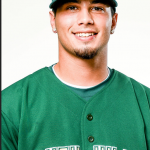 The Huskies’ shortstop and Cal State Fullerton commit is not only great defensively, he swings one of the best bats in the San Gabriel Valley, batting .385 with seven doubles and 13 RBIs after becoming eligible midway through the season after a transfer from Northview. Ayala was named to the CIF Southern Section Division 2 first team and was named to the Palomares League first team. 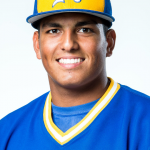 The Vanderbilt commit is also part of the USA Baseball youth player pool and turned in a fantastic season, resulting in being named the Del Rey League most valuable player after leading the Lancers to the league title and the CIF Southern Section Division 3 quarterfinals. The shortstop batted .434 with 36 RBIs and 12 doubles, and was clutch throughout the season. 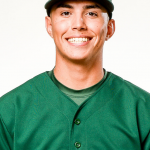 It was Moya’s sacrifice fly in the seventh inning that scored Jacob Dominguez and broke a 3-3 tie that allowed the Huskies to go on and beat Redlands East Valley 4-3 to claim the CIF Southern Section Division 2 title. Moya, a USC signee, was named to the CIF-SS Division 2 first team and Palomares League first team. He batted .360 with 32 runs scored and 15 RBIS. 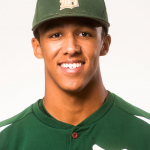 The Baseline League first-team selection was a key part of the Spartans’ league championship squad in the outfield and on the hill. Offensively, Paige batted .411 with 21 RBIs. When he was needed in relief, he was 2-1 with five saves and a 1.78 ERA in 32 innings with 33 strikeouts. 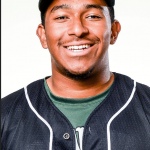 The Bearcats outfielder earned Palomares first-team honors with an impressive .408 batting average that ranked among the area’s best. But he also could hit for power, belting two home runs with five doubles and finished among the area leaders with 33 RBIs.