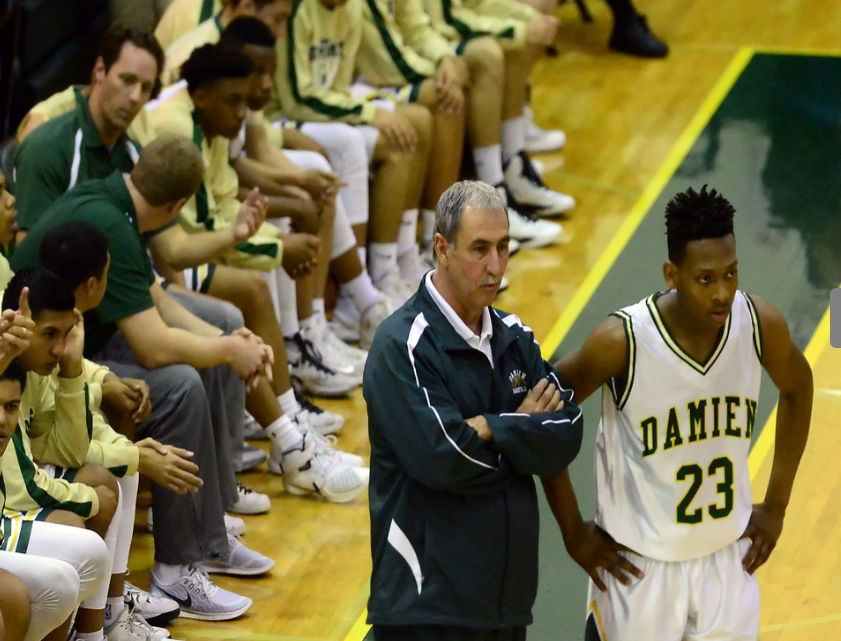 Damien High Sets Boys Hoops Classic Extravaganza
DAMIEN PRESS RELEASE ON THE CLASSIC: It will simply be known as The Classic at Damien. Following five months of planning, Damien High School and title sponsor Mark Christopher Auto Center (Ontario) have fashioned together what promises to be one of the stellar basketball extravaganzas ever in Southern California at Damien High in La Verne, Dec. 26-30, 2016.
The Classic at Damien will feature 48 teams in three distinct 16-team brackets (Gold, Silver, and Bronze divisions), based upon strength of program, and has attracted some of the top programs from the CIF Southern Section, Las Vegas, Northern California, Arizona and the Los Angeles City Section.

The Classic at Damien will utilize four playing site – Damien High’s Athletic Center, a newly refurbished Damien Event Complex, San Dimas High and Life Pacific College in San Dimas. Key to the planning is the title sponsorship of Mark Christopher Auto Center. “We see this as an excellent opportunity to partner with education and the extended community,” said Owner Chris Leggio.
“The Inland Empire has become well known for its athletic excellence, but this tournament takes it a notch higher as student-athletes representing schools from a number of areas and states will have the opportunity to bond over a full week,” added Leggio.

Each team entered will play a minimum of four or a maximum of five games over the week long elite affair. This is due to schools from some states having differences in rules as to how the number of allowable contests is counted in a tournament.

Mike LeDuc, the coach at Damien, was pleased by the quick response from an array of programs wishing to enter The Classic at Damien. “We already have a large list of coaches who are very interested in participating in the event in December of 2017,” said LeDuc. “This speaks volumes about the quality of event we can expect to see in December and beyond.”