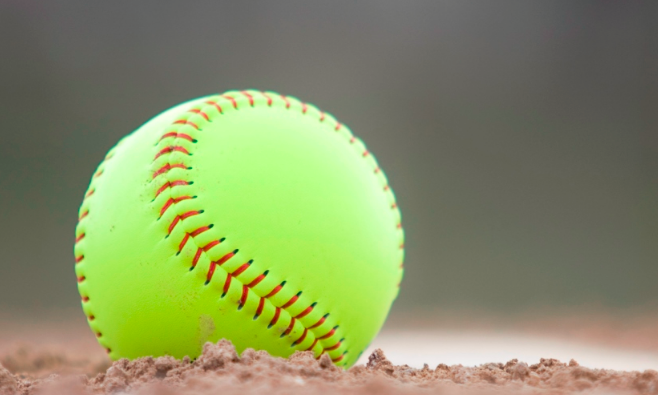 The Charter Oak and South Hills baseball teams will meet at 6 tonight at Mt. San Antonio College for a nonleague game in honor of late Mike Moore, who was Charter Oak Pony Baseball president and South Hills baseball boosters president.
There will be a $3 admission charge, with all proceeds going toward a memorial plaque at Charter Oak Park and a scholarship award in Mike’s honor to one player from each high school.
Both programs are two of the top teams in the area.
South Hills (11-3), which took fourth place at the National Classic in North Carolina last week, is ranked No. 1 in the area.
Charter Oak (8-2) is No. 6 in the area.
This is the former league foes’ second meeting. South Hills took a 13-3 victory over Charter Oak on March 11 to take the Frozen Ropes Classic at Mt. SAC. 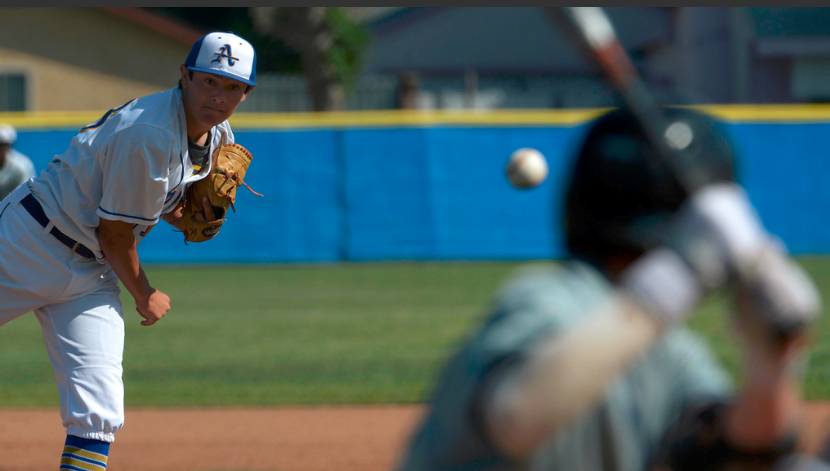 BASEBALL
DEL REY LEAGUE
BISHOP AMAT 13, ST. PAUL 0
LA PUENTE >> It’s been a tough stretch over the last couple of games for the St. Paul baseball team. After going 3-5 in nonleague play, the Swordsmen began Del Rey league play dropping four straight games.Things didn’t get any better for them on Tuesday afternoon when the Swordsmen visited league-leading Bishop Amat. With Blake Archuleta on the mound, the Lancers dominated the Swordsmen behind Archuleta’s complete-game one-hitter and a nine-run fifth inning, beating St. Paul 13-0.
With Archuleta on his game, all the Lancers (9-4, 5-0) needed were some runs. And they got plenty of them. St. Paul starter A.J. Oddo got hit around early in the game. He allowed a one-out walk in the top of the first inning, which was followed by a double off the left-field wall by Richard Castro.
Although the southpaw escaped the first only allowing one run to come across, he was not as lucky in the bottom of the third inning when the Lancers added three more.
St. Paul (3-9, 0-5) got punished in the bottom of the third inning by a couple hangers left over the plate. Following Ben Hurst’s RBI triple, Castro smacked a hanging breaking ball to center field for an RBI double. Two wild pitches later, Castro came around to score, giving Bishop Amat a 4-0 lead heading to the fourth.
With his offense putting up a four spot early in the game, Archuleta (4-1) said it gave him extra confidence going back out to pitch.
Despite St. Paul’s lack of offense, Bishop Amat never took its foot off the gas pedal. After Lancer Matt Marquez’s sacrifice ground out, Swordsmen relief pitcher Angel Fierros needed one more out to get out of the fifth inning.
However, Bishop Amat scored a whopping nine more runs in the inning, all with two outs. It all started with pinch hitter Jose Roman’s two-RBI single that snuck by a diving Julian Tellez. A couple batters later, Hurst had a three-run triple, which extended the Lancers’ lead to 11.
St. Paul coach Casey Morales: “It wasn’t our defense that killed us today. (Archuleta) did a good job of keeping us off balance. He threw a couple good pitches early that took our hitters mentally out of it. Then it became a self-fulfilling prophesy. He just continued to throw strikes and keep the ball down and we weren’t able to battle back and overcome it.”
Bishop Amat coach Joe Hoggatt: “We got some extra mileage with the wind but they had some opportunities as well. (Outfielder Jayden Allen) did a great job of playing our field, knowing our field. He made some great plays out there on some balls that they hit pretty hard. So it was an all-around effort. On the mound, on defense and at the plate so I was pretty proud of the guys today.”
Bishop Amat’s Blake Archuleta: “You just go out there with the mentality that no one is going to beat you. I think everyone on this team has that mentality. We all go out there with a blue collar mentality.”
— Will Hernandez

By Stephen Ramirez
WALNUT >> South Hills High School looked every bit like one of the top baseball teams in the state on Saturday.Karlos Morales had four RBIs and Brandon Dieter three and the Huskies, ranked No. 2 in California by Cal-Hi Sports, rolled to a 13-3 victory over Charter Oak in the Frozen Ropes Classic at Mt. San Antonio College’s Mazmanian Field.Nick Lugo also had a double and triple and scored three runs for South Hills (5-0). The duo were co-MVPs of the tournament.
Ronnie Parham had a triple and Julian Rodriguez a RBI for Charter Oak (4-1), which advanced to the final by beating CIF Southern Section Division 2 No. 4 Yucaipa in the semifinals.
The Huskies, who have dedicated the season to assistant coach Tom Quinley, who is out with an illness, had 14 hits and scored in every inning but the third.
“We’re 5-0 and have big expectations,” South Hills coach Darren Murphy said. “But we’ve put those expectations on ourselves. We just fullfilled what we wanted to do. We wanted to win this tournament. We played four good ball games and tonight, we played a great ball game.”
“I’m really proud of this team. We pounded the ball tonight against a really good team, and we’re ready to go (to league play).”
South Hills wasted little time in getting started. The Huskies scored two runs before Rodriguez threw his second strike.
The senior walked Jacob Amaya on four pitches before hitting Daniel Genna with his next offering. Morales then lined a triple to right-center field for a 2-0 lead.
Dieter followed with a sacrifice fly to center for a 3-0 advantage.
South Hills made it 6-0 in the second.
Chris Camarena led off with a single and advanced to second on a hit-by-pitch to Lugo. Amaya doubled to left for 4-0 lead. Morales then brought his RBI total to four with a single to right to score Lugo and Amaya for the six-run lead.
“I was just looking for something to drive,” Morales said. “I knew he was going to give me a fastball with a 2-0 count. I just put a good swing on it.”
Morales helped Charter Oak cut it to 6-2 in the third.
He walked the first two batters before a fielding error scored Paul Sanchez. Bret Clemetson then scored on a wild pitch to pull the Chargers within four. Morales settled down and ended the threat by striking out Diego Flores.
South Hills put it way with four runs in the fourth for a 10-2 lead.
Nick Lugo led off with a double before Amaya reached on a two-base error to make it 7-2. Genna bunted for a single before Dieter followed with a two-run double for a 9-2 lead. Jacob Dominguez doubled to make it 10-2.
“It’s a big season for us,” Dieter said. “We have a lot of expecations. We just have to keep working hard and show what we can do.” 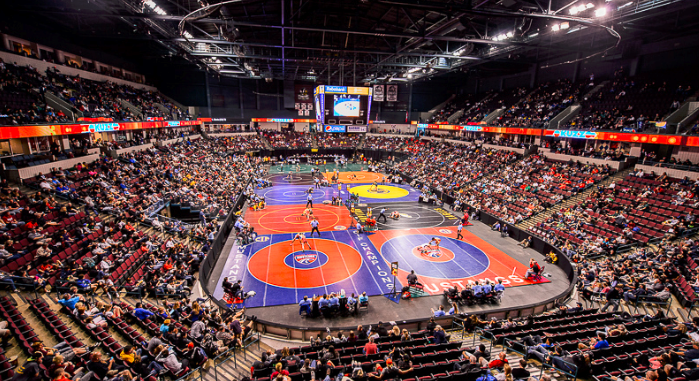 The area may have sent its smallest contingent in more than a decade to the CIF State wrestling championships in Bakersfield, but the cream definitely rose to the top on the first day.
Northview’s Eddie Flores (106 pounds) and Steven Comstock (170) and Bishop Amat’s Sidney Flores (120) advanced to the semifinals in their respective weight classes to lead the local efforts on Friday at Rabobank Arena.
Northview heavyweight Jackson Serna and Rowland’s Richard Rojo (106) rebounded from early losses and won third-round consolation matches to advance to Saturday and stay alive for a top-eight medal.
The meet continues Saturday beginning at 9 a.m. with consolation matches. The semifinals are scheduled for 10:30 a.m., with the finals at 7 p.m.
Flores looked every bit like the best 106-pound competitor in the state, advancing to the semifinals with a win by fall in the second round and a major decision in the third round. He then beat Selma’s Tristan Lujan, 3-1, in the quarterfinals. He faces No. 5 Cole Reyes, of Frontier, in the semifinals.
Comstock looked fully recovered from last week’s knee injury after getting a win by fall in the second round before advancing to the semifinals by beating Concord De la Salle’s Jonathan Hackett 6-3 in the third round and Sultana’s Joey Griego 5-4 in the quarterfinals. He gets top seed Anthony Mantanona, of Palm Desert, in the semifinals.
Sidney Flores placed fourth and third during the past two weekends at CIF-SS meets, but looked like one of the better 120 competitors on Friday. He won by fall over Frontier’s Ryan Morphis in the third round before a 5-4 victory over De la Salle’s Patrick Ramirez in the quarterfinals. He gets top seed Ethan Leake, of Clovis Buchanan, in the semifinals.
Northview’s Dom Arellano (113), Gabriel Cortez (132) and Ricky Marin (138); Rowland’s Armamdo Murrillo (132); Charter Oak’s Gustavo Garcia (152) and Santa Fe’s Ronny Peraza (152) lost in the consolation rounds and did not advance. 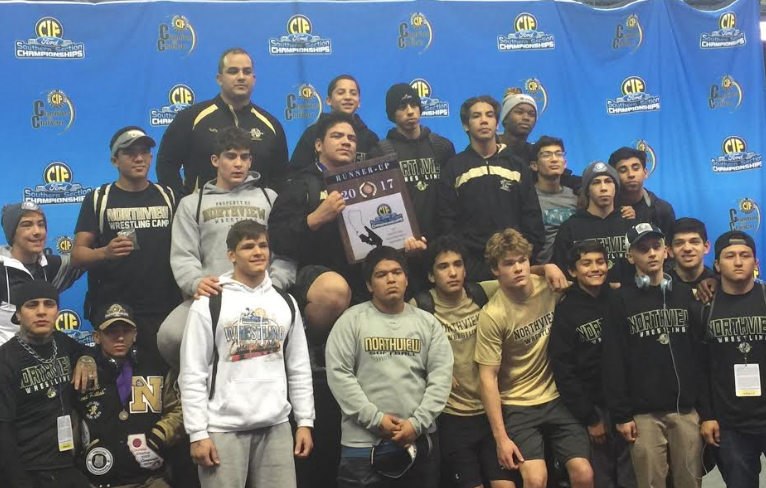