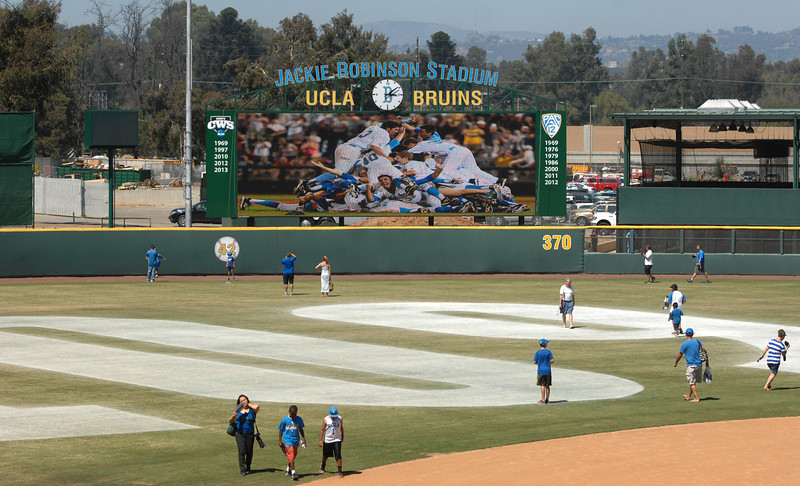 The Bruins will fight to keep their home.

UCLA announced Tuesday that it will appeal a ruling that forces its baseball team out of Jackie Robinson Stadium. U.S. District judge S. James Otero ruled this August that the Department of Veterans Affairs had misused its West Los Angeles campus by leasing land to various tenants, including the Bruins’ national championship team.

The land was deeded in 1888 for providing a home for disabled veterans. By not using it to provide health care for veterans, Otero’s decision stated, Veterans Affairs is in violation of federal law. The ACLU sued VA in June 2011 on behalf of veterans suffering from post-traumatic stress disorder and brain injuries.

In addition to Jackie Robinson Stadium, parts of the 387-acre property are leased out to 10 other companies and businesses, including the Brentwood School, a hotel laundry and film studio storage lot.

“UCLA should be more concerned about homeless vets than arguing that its college baseball team will become homeless as it stated in its legal papers,” said Mark Rosenbaum, the ACLU of Southern California’s chief counsel. “Hopefully, too, it will incentivize UCLA and Brentwood School to lobby the VA to make the phrase ‘homeless veterans’ an American oxymoron.”

The Bruins won their first-ever College World Series title in June, and gave head coach John Savage a contract extension that could pay him up to $1.025 million annually through 2025.

UCLA and the Brentwood School originally tried to get the ruling overturned, but Otero struck down the bid on Monday for what a UCLA spokesperson called “reasons of timeliness.” The university then decided to file an appeal to try and vacate the order.

“We are also confident that our baseball team will be able to play its upcoming season in Jackie Robinson Stadium,” the spokesperson said.

UCLA opens its 2014 season on Feb. 14 with a three-game home series against Portland.