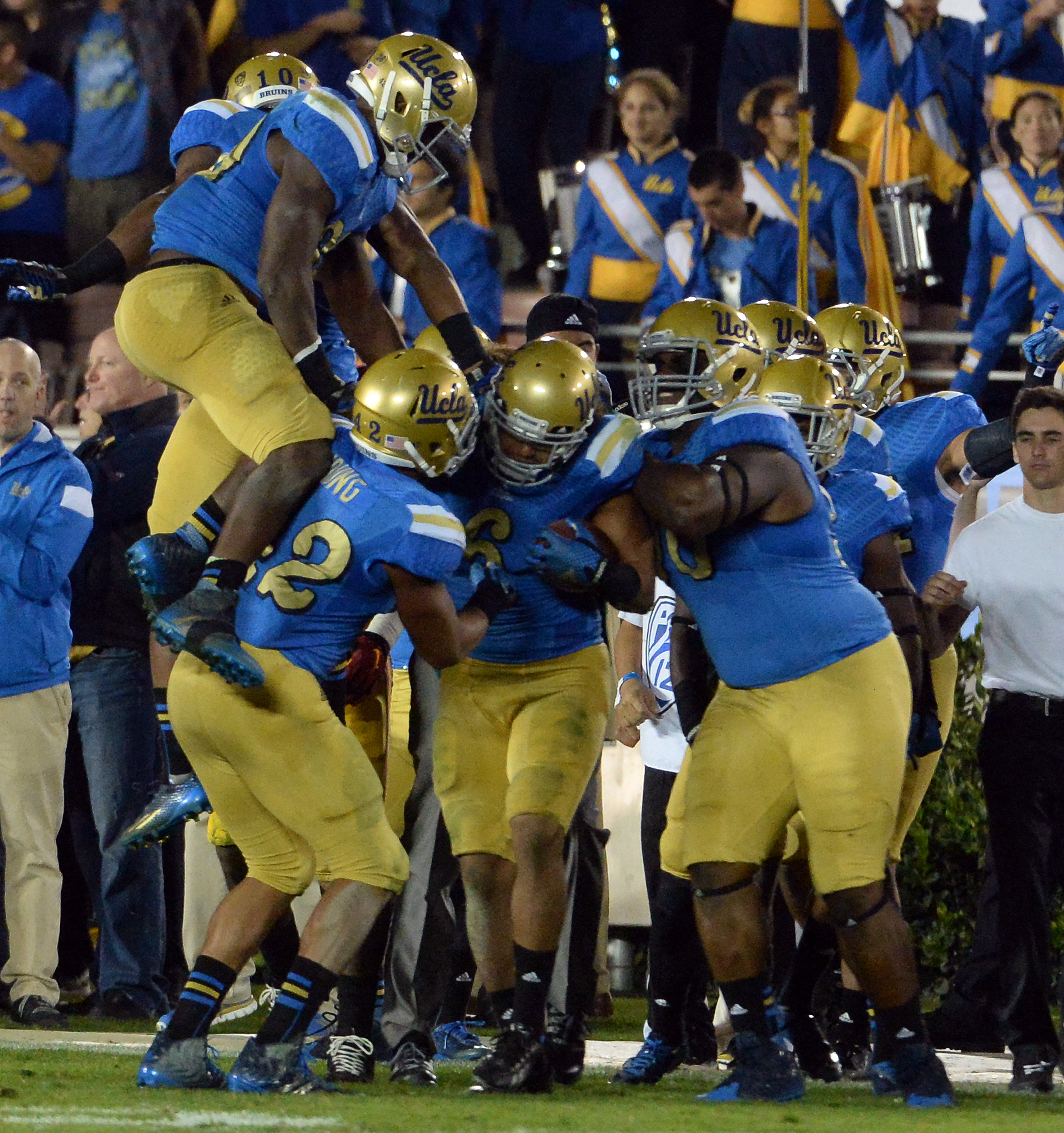 UCLA linebacker Eric Kendricks celebrates an interception with his teammates during the Bruins’ 38-20 win over USC on Nov. 22, 2014. (Keith Birmingham/Staff)

UCLA linebacker Eric Kendricks had to settle for All-Pac-12 second team last night, but today he became a finalist for a second major national award.

The Bruins’ all-time leading tackler is one of four candidates left for the Lott IMPACT Trophy, given each year to a top defensive player for both his on- and off-field contributions. He is joined by Washington linebacker Hau’oli Kikaha, Duke linebacker David Helton and Alabama safety Landon Collins.

Former UCLA All-American linebacker Anthony Barr won the Lott IMPACT Trophy last season, which netted a $25,000 donation to the school’s general scholarship fund. Founded in 2004, the award has yet to be granted to multiple players from the same program.

Kendricks is also one of five finalists for the Butkus Award, given to college football’s best linebacker.