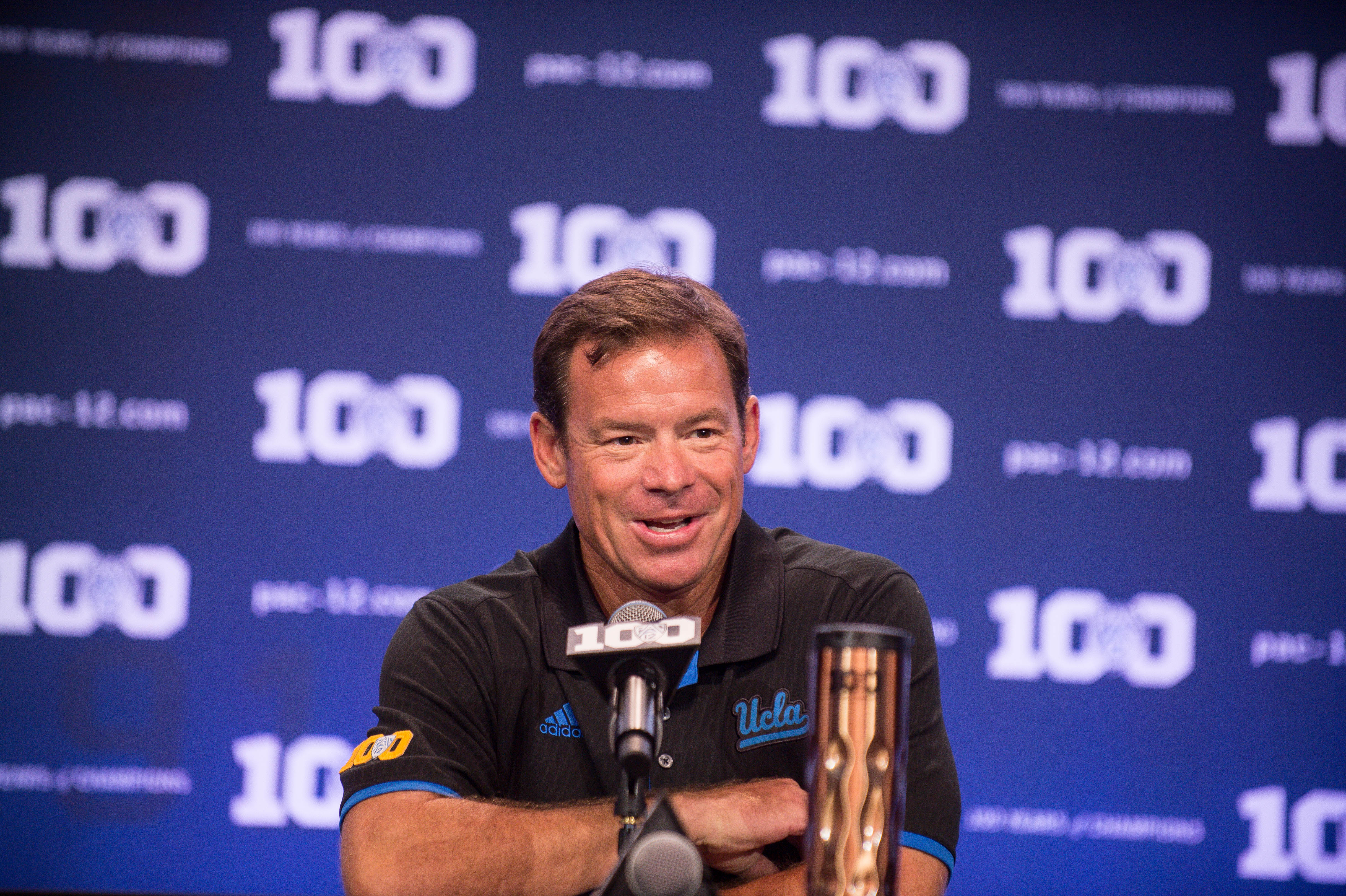 During Pac-12 Media Days last week, Jim Mora acknowledged the weight outside expectations — something he had spent much of last season trying to block out, albeit somewhat unsuccessfully.

“It’s hard to do, especially when you’re dealing with these young men that are so influenced by social media and have so much access to information and what is being said about them,” the UCLA coach said. “It’s hard to maintain that focus. But we’ve got to strive to do that. It’s not easy, but it’s our goal. If we can do that, we’ll be okay.”

What exactly has been the national buzz about the Bruins so far? UCLA was picked to finish third in the Pac-12 South, with just two voters slotting them as conference champions. Here’s a look at what some other sources thought.

» Like the Amway Coaches Poll, Sports Illustrated has UCLA at No. 14 in their preseason rankings.

Last year, coaches picked the Bruins as the No. 7 team in the country, while SI had them at No. 5.

» The Big Lead polled 27 media members who cover college football to get a sense of the 2015 season. A couple of interesting notes on UCLA:

— UCLA was also one of the teams picked as “underrated.” Virginia Tech led that very divided field with three votes, while the Bruins were one of several teams with two votes.

USC was the second pick for “overrated,” with seven votes to Alabama’s eight.

» Vegas has UCLA in a fairly favorable position as well, with online sportsbook Bovada giving the Bruins a 40-to-1 shot at winning the national title.

Here are odds for the rest of conference:

The odds for winning the Pac-12 title are similar: