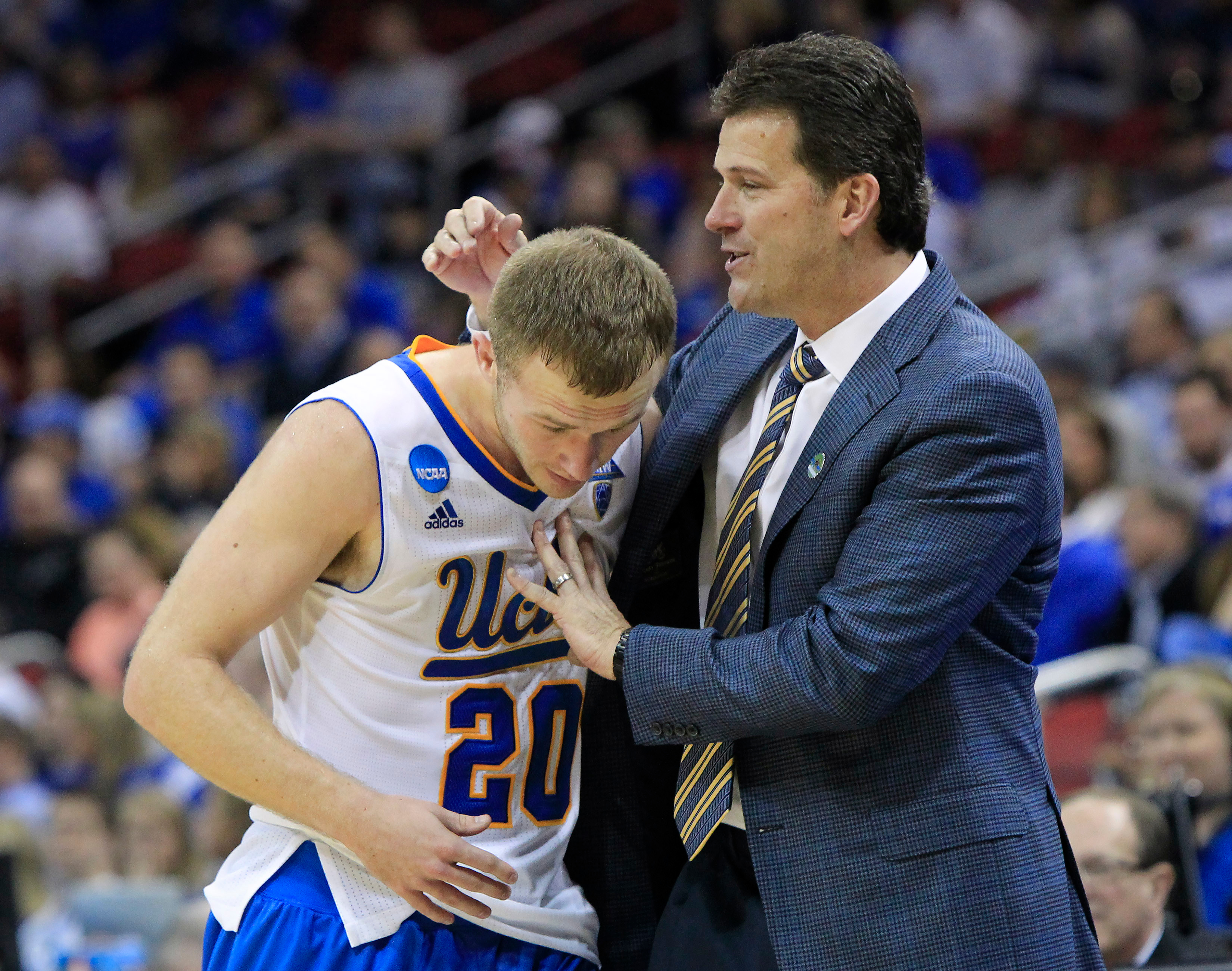 UCLA point guard Bryce Alford, the son of head coach Steve Alford, could be taken off scholarship as a senior in 2016-17. (David Stephenson/AP)

Two months ago, Steve Alford left open the possibility of taking his son Bryce off scholarship.

“We haven’t talked about that,” the UCLA men’s basketball coach said in June. “But obviously, that’s something that we can do.”

And something that appears to be an increasingly likely possibility. According to Scout.com, the Bruins are willing to make point guard Bryce Alford a walk-on in 2016-17 to make room for five-star power forward T.J. Leaf — who decommitted from Arizona on Thursday.

The 6-foot-10, 215-pound prospect is ranked top-25 nationally by both Rivals.com and Scout.com

UCLA’s 2016 class currently consists of five-star point guard Lonzo Ball, four-star center Ike Anigbogu, and 6-foot-5 wing Kobe Paras. Combined with signed players that project to still be on the roster then, that accounts for the Bruins’ full 13-scholarship allotment.

But UCLA was also the first major-conference school to offer Leaf, extending an opportunity back in the summer of 2013. Assistant coach David Grace also has ties with Leaf’s AAU team, the Compton Magic, which could put the Bruins in a position to secure his commitment.

Should Leaf choose UCLA over teams such as Duke, Indiana, Kentucky or Florida — or over playing internationally for a year — then having Bryce Alford take the Doug McDermott route seems like an easy option.