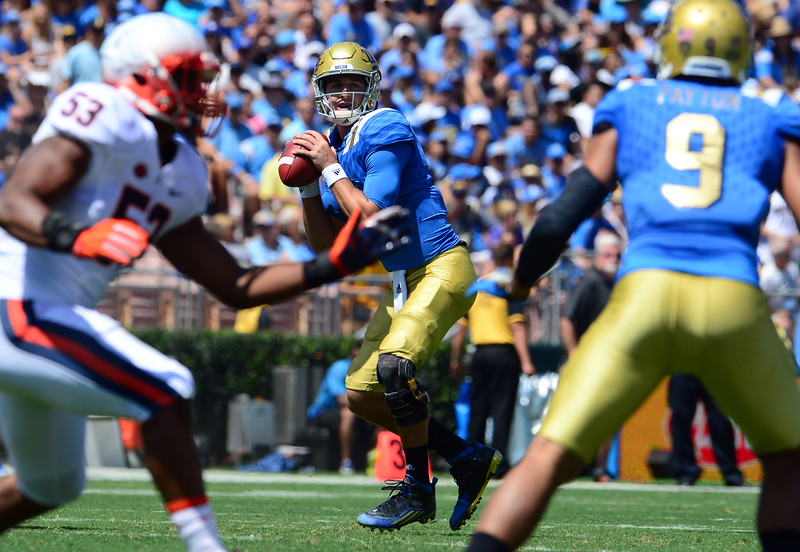 UCLA freshman Josh Rosen (center) debuted with 351 yards and three touchdowns in a 34-16 win over Virginia on Saturday. Cue the hype. (Keith Birmingham/Staff)

Josh Rosen put in the best offensive performance in college football this week.

That’s according to the Walter Camp Football Foundation, which gave UCLA’s freshman quarterback its top weekly honor on Sunday. Rosen threw for 351 yards and three touchdowns yesterday in a 34-16 win over Virginia, completing 28 of 35 passes and barely missing out on a 75-yard score on his first snap.

He still put in plenty of highlight moments, including a beautiful touchdown to Thomas Duarte.

Rosen is the first Bruin to be named the Walter Camp’s Offensive Player of the Week since Drew Olson in November 2005, and the seventh on either side of the ball since 2004.