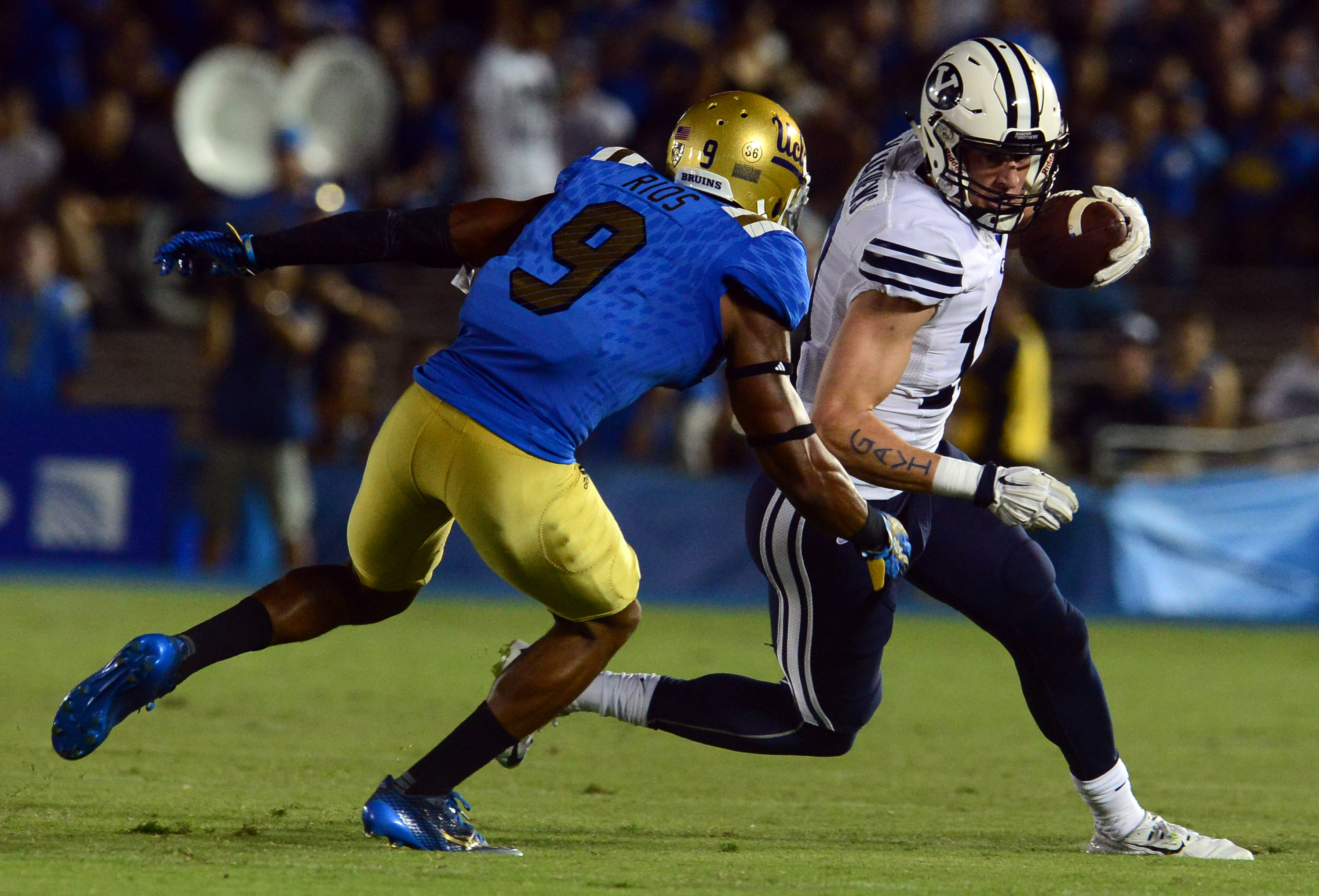 UCLA cornerback Marcus Rios spent three nights in the hospital this week, but still played sparingly during the Bruins’ loss to Arizona State on Saturday.

After suffering severe headaches and pressure on Tuesday, Rios was admitted for what head coach Jim Mora described as “issues in his sinuses.” Tests eventually revealed that he was not suffering from a recurrence of the fungal infection that threatened his life in 2013.

Rios was cleared to play and returned to the team on Friday evening. He recorded one tackle during UCLA’s 38-23 loss to ASU at the Rose Bowl.

“We would have never put him on the field if there’s even a minute chance that this was something that could be long term,” Mora said. “That’s just not how we operate.”