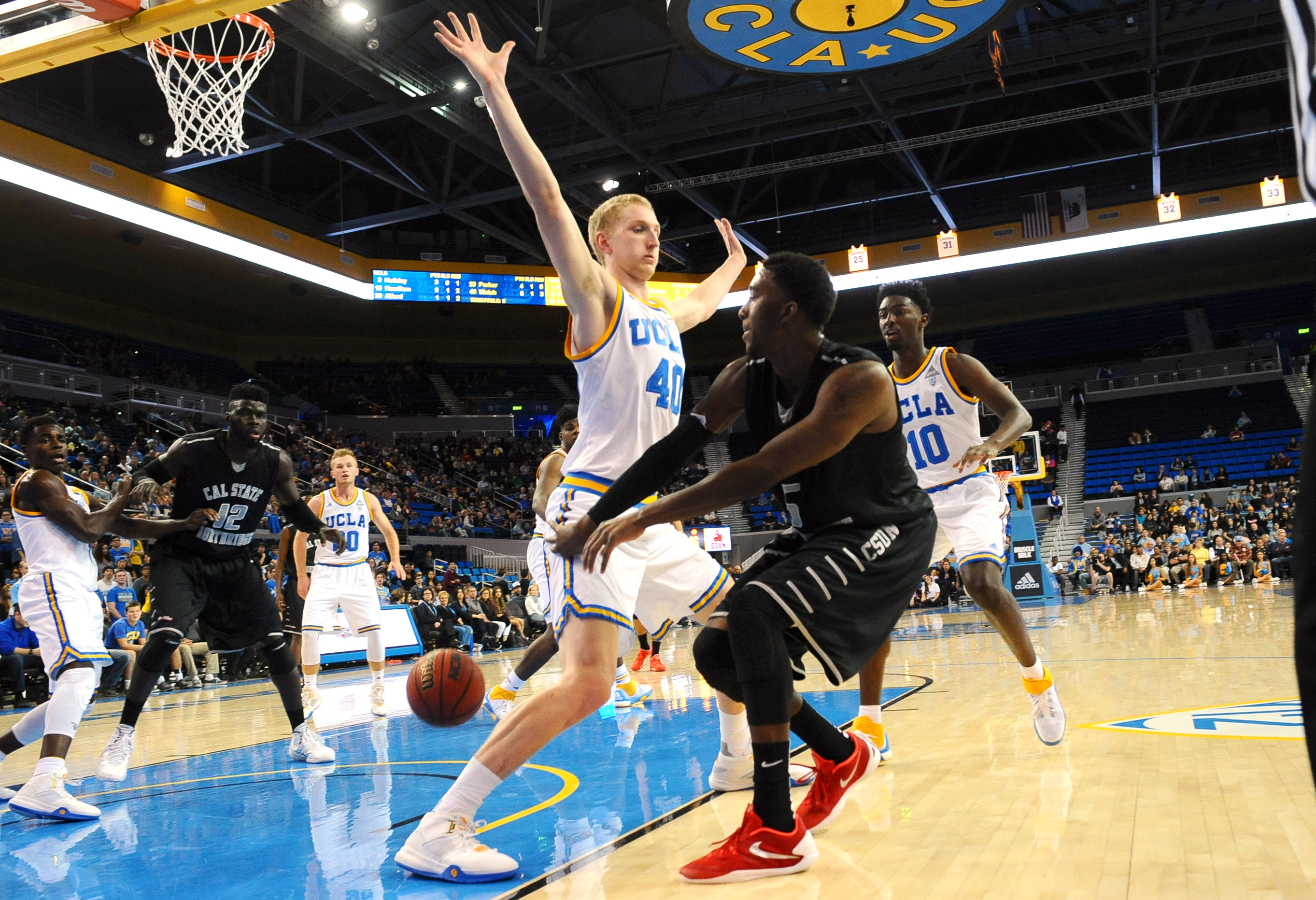 UCLA’s Thomas Welsh (40) was named the Pac-12’s Player of the Week after his performances against No. 1 Kentucky and Long Beach State. (Andy Holzman/Staff)

UCLA center Thomas Welsh was named Pac-12 Player of the Week on Monday, following his performances in wins over No. 1 Kentucky and Long Beach State.

Welsh was particularly effective in the Bruins’ 87-77 victory against the Wildcats last Thursday — their first over a top-ranked team since 2003. The 7-foot sophomore led the game with 21 points, 11 rebounds, and two blocks, shooting 8 of 11 from the field and 5 of 6 from the free-throw line.

He followed up that performance with 15 points, 10 rebounds and a block during Sunday night’s 83-76 win against Long Beach State.

Welsh is the first Bruin to be earn the conference’s top weekly honor since former guard Norman Powell did so on March 2, 2015.