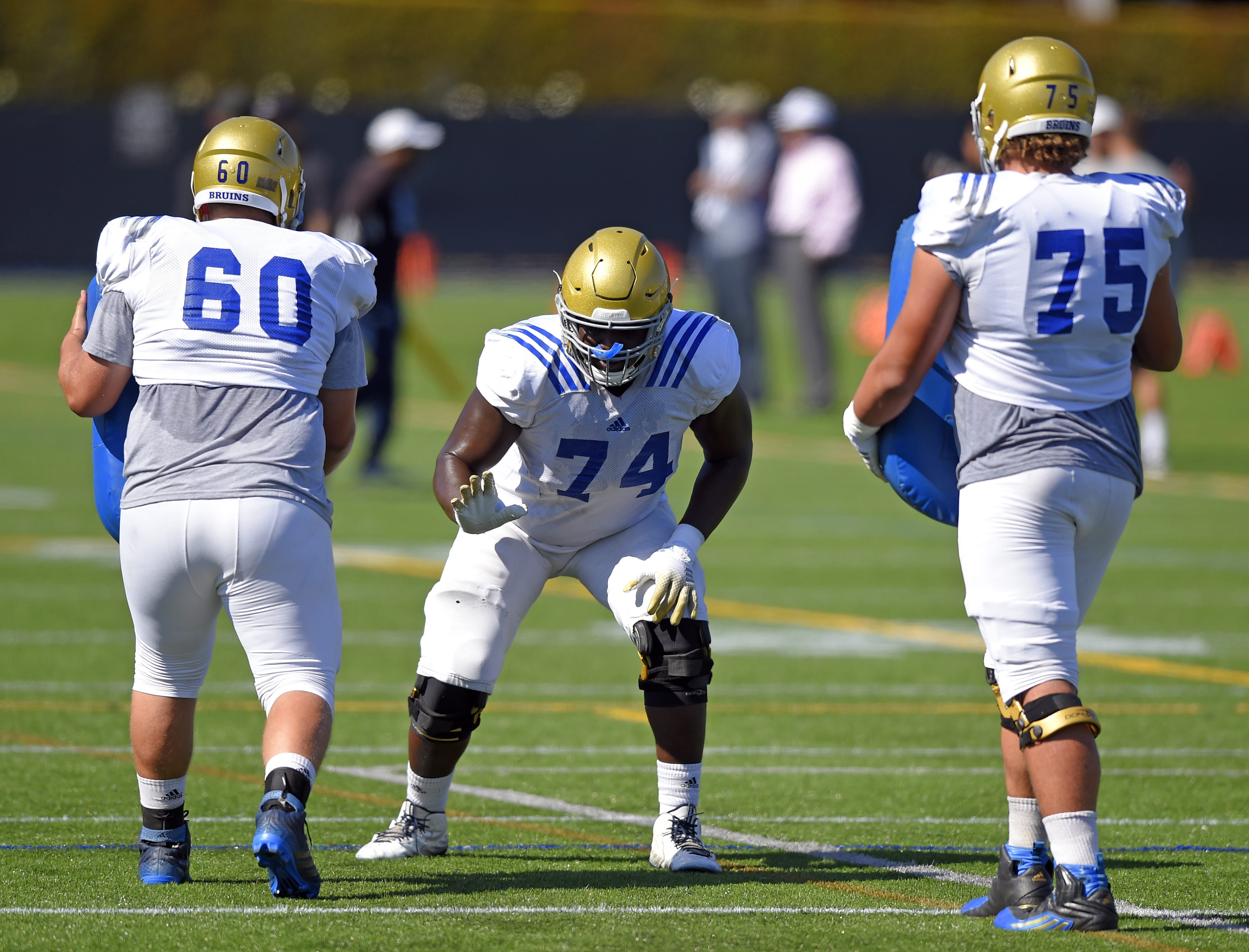 UCLA offensive lineman Caleb Benenoch (74) is the third Bruin to declare for the NFL draft in less thank a week. (Scott Varley/Staff)

UCLA offensive lineman Caleb Benenoch has joined the exodus to the 2016 NFL draft, becoming the third Bruin to declare this week.

The three-year starter, who has played both guard and tackle, announced his decision to go pro on Thursday morning — joining nose tackle Kenny Clark and running back Paul Perkins in leaving the team this week. Benenoch likely projects as a late-round pick, but has physical upside at 6-foot-5, 305 pounds.

“I am excited to pursue my dream and I will never forget the memories I shared with my teammates and friends at UCLA,” Benenoch wrote on Twitter. “The bonds that I formed with my brothers will last a lifetime.”

Part of a lauded 2013 recruiting class, the Katy, Texas moved into the first-string lineup midway through his true freshman season. He leaves UCLA with 35 starts under his belt, playing mostly at right tackle.

His departure means that the Bruins will enter 2016 without most of its starting offensive line this past season. Four-year center Jake Brendel is graduating, while offensive guard Alex Redmond left the team and signed with an agent before the Foster Farms Bowl. Left tackle Conor McDermott, who turned 23 in October, could also enter the draft.

If McDermott declares, UCLA will be left with three offensive linemen with starting experience: guard Kenny Lacy (12 games), tackle Kolton Miller (four), and Scott Quessenberry — who will likely replace Brendel at center after playing mostly guard through two seasons. Quessenberry started 19 games as a freshman and sophomore, but sat out all of 2015 recovering from shoulder surgeries.