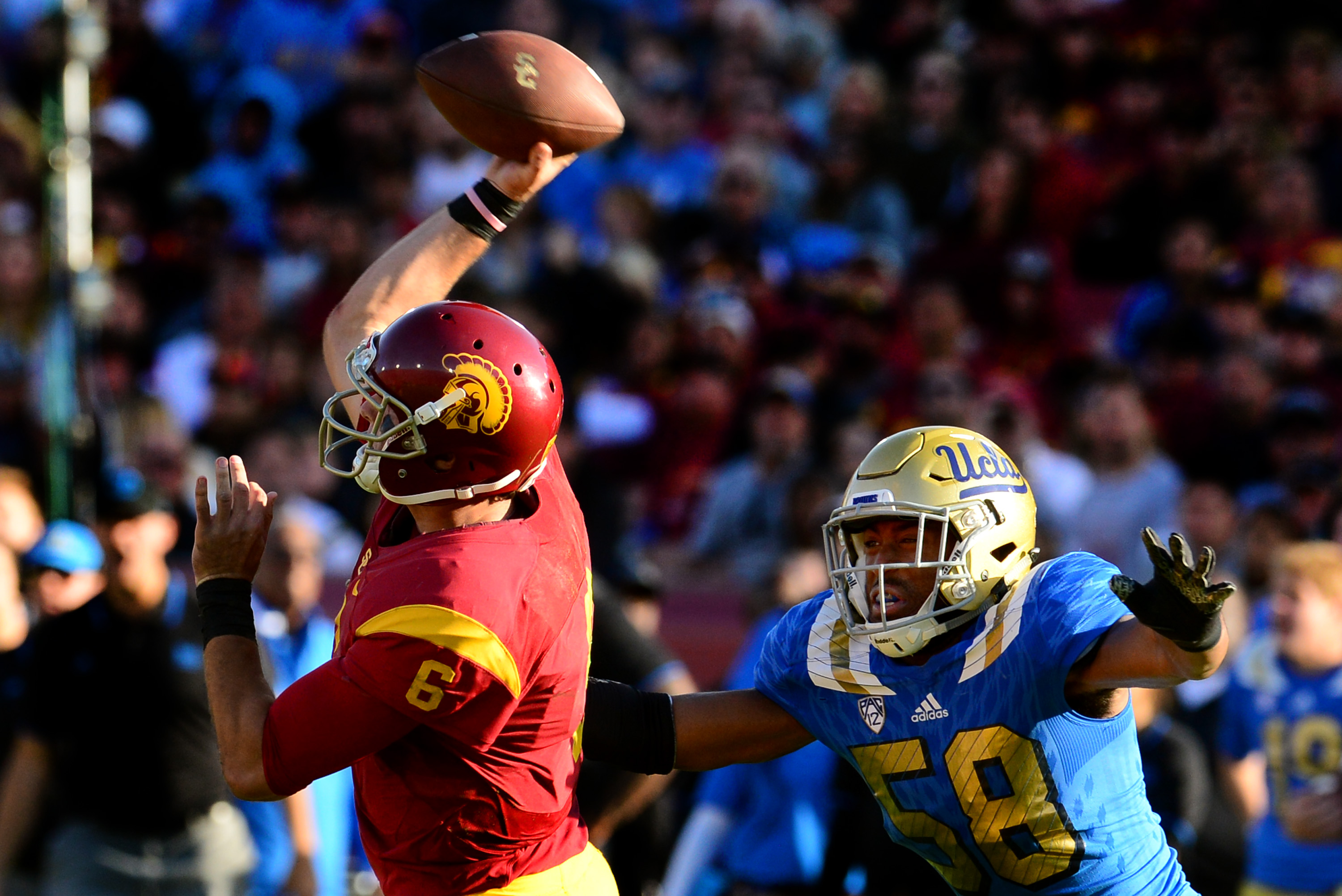 UCLA linebacker Deon Hollins (58) will return to the Bruins for his senior season. (Keith Birmingham/Staff)

UCLA linebacker Deon Hollins will stay in school for his senior season, becoming the second Bruin to announce such a decision.

Hollins made the All-Pac-12 second team this season, but was not widely regarded as a strong candidate for the NFL draft. After leading UCLA with nine sacks as a sophomore, his numbers dipped as a junior to 2.5 sacks and 18 total tackles.

Opposing teams clearly game-planned more for the talented edge rusher this season, especially after a season-ending injuries knocked out both defensive lineman Eddie Vanderdoes and linebacker Myles Jack in September. The Pac-12 reprimanded Hollins in November for complaining about officials and missed holding calls.

Left tackle Conor McDermott, a redshirt junior, decided earlier this week to delay his professional career. Receiver Thomas Duarte, who caught 10 of Josh Rosen’s 23 touchdown passes, has not announced one way or the other.