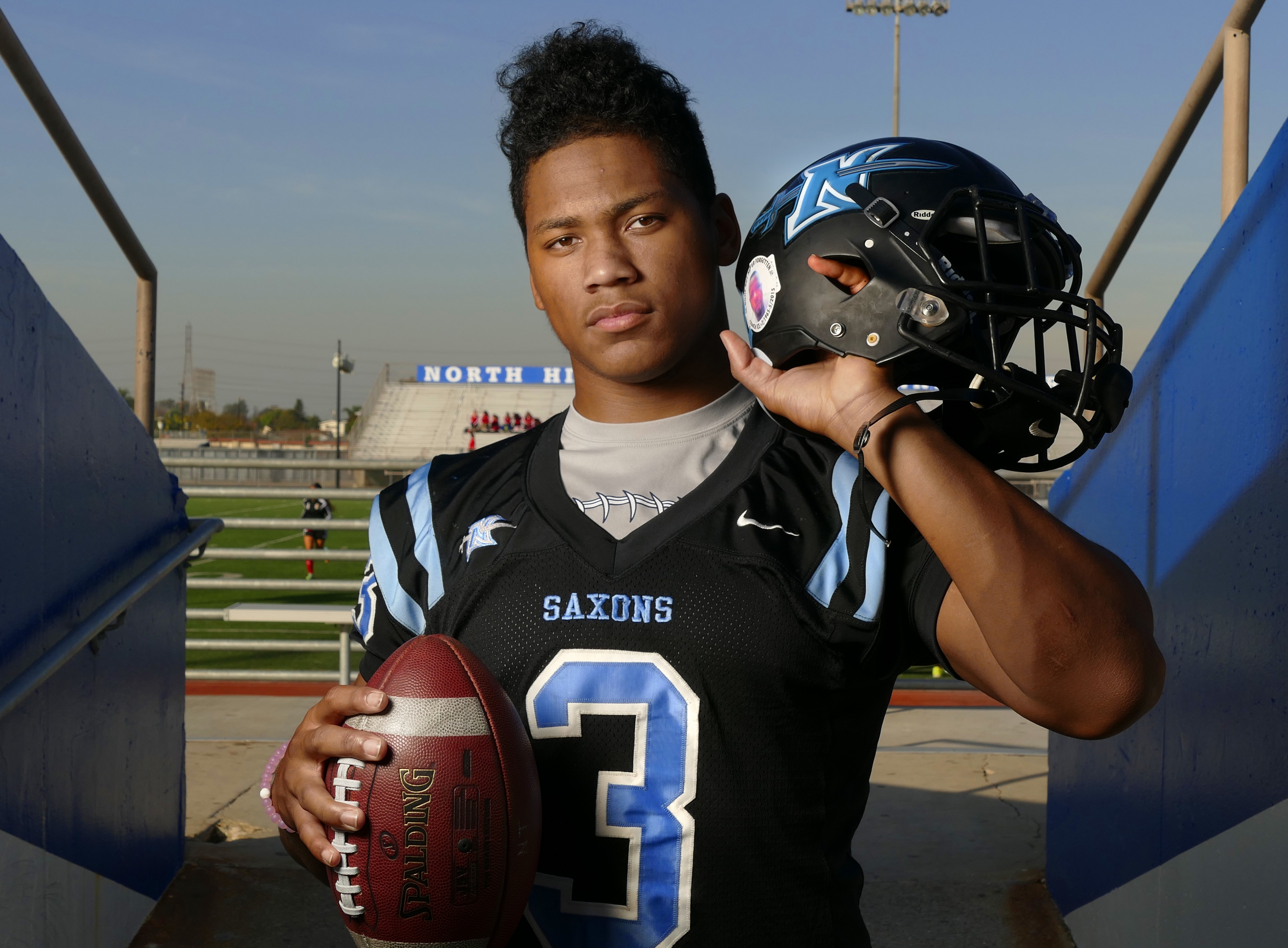 UCLA already has a top-10 recruiting class in 2016. Can push even higher with prospects like five-star linebacker Mique Juarez? (Brad Graverson/Staff)

Less than 36 hours from National Signing Day, UCLA’s 2016 recruiting class is already in very good shape. With 23 commitments — five of whom are already enrolled — the Bruins’ latest haul currently stands at No. 10 in the country.

Now, Jim Mora and his staff has a chance to finish at the top of the Pac-12 for the second time in his tenure. Here are the prospects left on the board.

Five-star linebacker Mique Juarez isn’t just one of the most talented players coming out of high school this year. If he signs with UCLA, he’ll be just the second consensus top-10 prospect that Mora has landed, following quarterback Josh Rosen.

Since he decomitted from USC back in October, the 6-foot-3, 220-pounder has been closely linked with the Bruins, who offered him two summers ago. If he picks UCLA, Juarez could immediately become the dynamic linebacker that the Bruins have missed since Myles Jack tore his meniscus in September. Although the team’s defensive struggles this past season weren’t limited to a single position, Jack’s presence often cleaned up mistakes made elsewhere — something that even fellow linebacker Deon Hollins pointed out.

Juarez isn’t going to play at that level immediately, but producing something close to what Jack was able to do as a true freshman would help.

A member of the LDS faith, the South Bay native took a visit to BYU this past weekend. However, Alabama and Ole Miss are considered the Bruins’ toughest competition in this recruiting race. The Crimson Tide are obviously the preeminent program in college football, but given his family’s long history at North Torrance High, there could be reason for the reigning Daily Breeze Player of the Year to stay close to home.

UCLA badly needs depth on the defensive line, especially with star nose tackle Kenny Clark leaving for the NFL, and Eddie Vanderdoes potentially doing the same a year from now. The Bruins have a couple of three-star tackles lined up in Osa Odighizuwa and JUCO transfer Nick Terry, but could land a pair of highly-touted additions this weeK: Concord De La Salle’s Boss Tagaloa and Chandler (Ariz.) Hamilton’s Garrett Rand.

Tagaloa has had UCLA on his radar for almost two years, picking up his offer back in February 2014, but Michigan has pushed for him too — with Jim Harbaugh even using a faux prom invite back in March. Rand is likely the tougher target for the Bruins. The 6-foot-2, 275-pound lineman committed to Wisconsin last fall, but started looking elsewhere after defensive coordinator Dave Aranda left for LSU. He has yet to reaffirm his commitment to the Badgers, who have since hired former USC defensive coordinator Justin Wilcox.

In the defensive backfield, UCLA could finally land a player out of Gardena Serra, which has only produced three Bruin signees in the last 12 years. Four-star safety Brandon Burton will announce at 9 p.m. on Tuesday, with USC, Florida State and Arizona as his other options. He is fresh off a visit to Westwood.

Four-star tight end Devin Asiasi and Tagaloa, teammates at De La Salle, are both set to announce on Wednesday on ESPN2 during the noon hour. The two have known each other since the seventh grade and took several college visits together, including one to USC this past weekend.

The challenge for UCLA is that it doesn’t have much film to point to in terms of how it would use a true tight end. The Bruins have to depend on how well offensive coordinator Kennedy Polamalu was able to sell the pro-style elements he’ll be adding to the scheme — which needs more players like Asiasi to transition effectively. That they hired quarterbacks coach/passing game coordinator Marques Tuiasosopo away from the Trojans should help the effort too.

Three-star offensive guard Francisco Perez has been committed to Cal since July, but UCLA is very much in the picture. The same goes for four-star tailback Brandon Stephens, who decommitted from Stanford less than two weeks ago. The only other back the Bruins currently have on board is 6-foot-1, 240-pound fullback Jalen Starks.

UCLA is also in the running for receivers Aaron Hansford — who is also considering Texas A&M, and Adewale Omotosho, a Dallas-area native who has a couple of strong in-state options in TCU and SMU. That the Bruins already have commitments from five receivers could push one or both to look elsewhere.