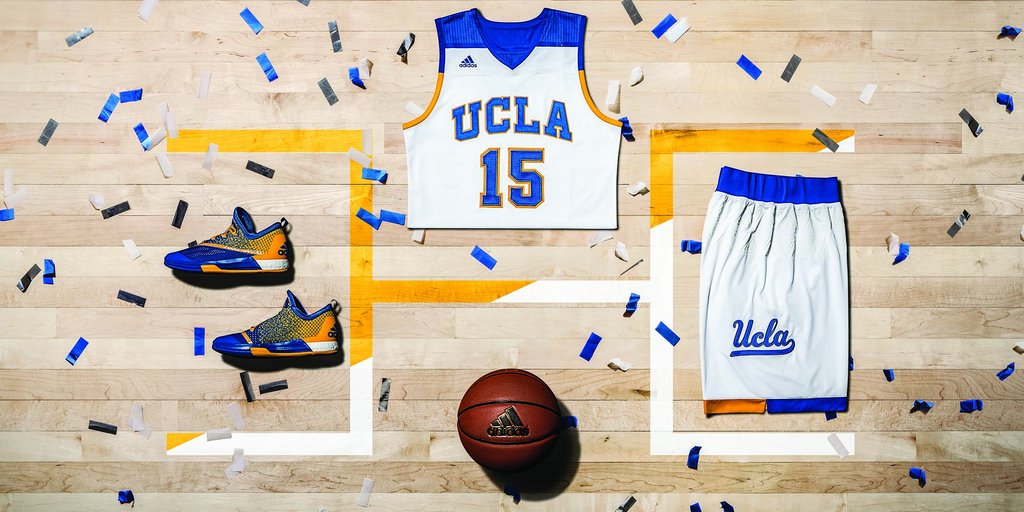 UCLA’s latest “Made in March” uniforms are far from the worst alternates adidas has ever released. (UCLA Athletics)

Staying true to its annual tradition, Adidas has designed new “Made in March” uniforms to, erm, brighten up the college basketball postseason.

Credit the apparel company with this: By releasing the infamous Zubaz shorts in 2013, it has set the floor so low that just about anything looks good in comparison. In this year’s Pac-12 Tournament, UCLA will wear a fairly traditional color scheme, with a faded triangle pattern just below the waistband meant to evoke John Wooden’s “Pyramid of Success.”

Celebrate history, then make it again.

How many appearances the Bruins (15-14, 6-10) will make in these new alternates remains unclear. They are currently on track to be the No. 10 seed in next week’s Pac-12 Tournament in Las Vegas.

In other basketball news, a petition calling for the firing of third-year head coach Steve Alford has collected more than 1,000 signatures, not an insubstantial figure. Of course, neither is the buyout stipulated in his contract: If UCLA were to dismiss Alford before April 30, 2017, it would owe him $10.4 million, paid out in monthly installments until 2021.