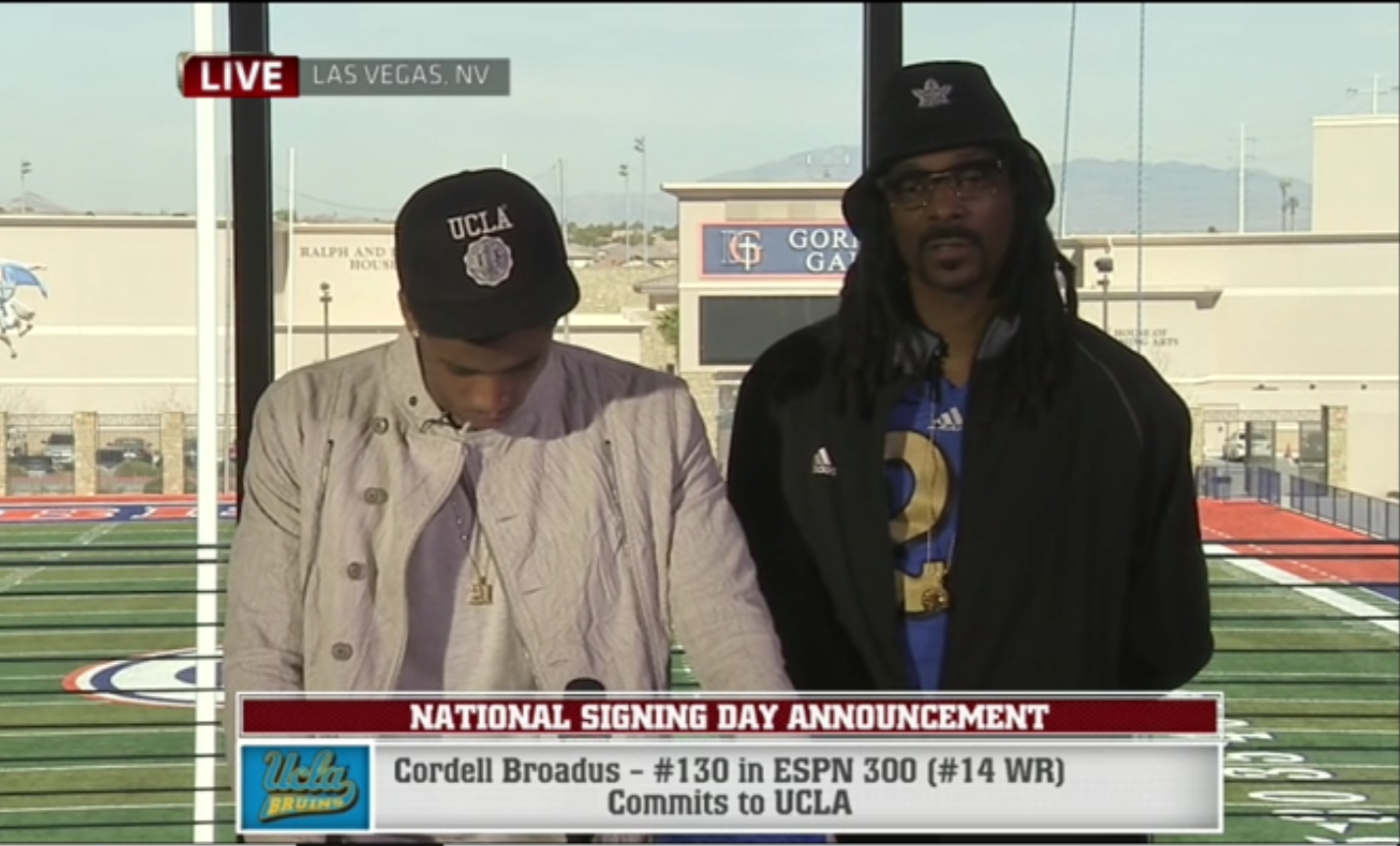 After abruptly giving up the sport last summer, Cordell Broadus will try returning to the UCLA football team as a walk-on.

Cordell Broadus’ on-and-off football career appears to be on again.

The former four-star receiver, perhaps better known as the son of rapper Snoop Dogg, will attempt to return to the UCLA football team less than a year after walking away from the sport. Bruin Report Online first reported that the Bishop Gorman product will report to spring practices later this month as a walk-on.

After signing with the Bruins in February 2015, Broadus failed to report for preseason training camp last August. He remained enrolled at UCLA to pursue a filmmaking career, and wrote in October that he “played football for my father because I thought that was the only way he would love me (and) be a part of my life.” This week, however, he began posting Instagram photos of himself training in school gear.

I messed up at the top but you get it , getting ready for spring ball working with @stars_socal

His change of heart coincides with UCLA losing four of its top five pass-catchers from 2015, including Thomas Duarte — who led the team with 10 touchdown catches — and career receptions leader Jordan Payton. Still, Broadus will have to compete with an incoming recruiting class that includes five receivers, such as the already-enrolled Theo Howard.

The Bruins will start spring practices on March 29.