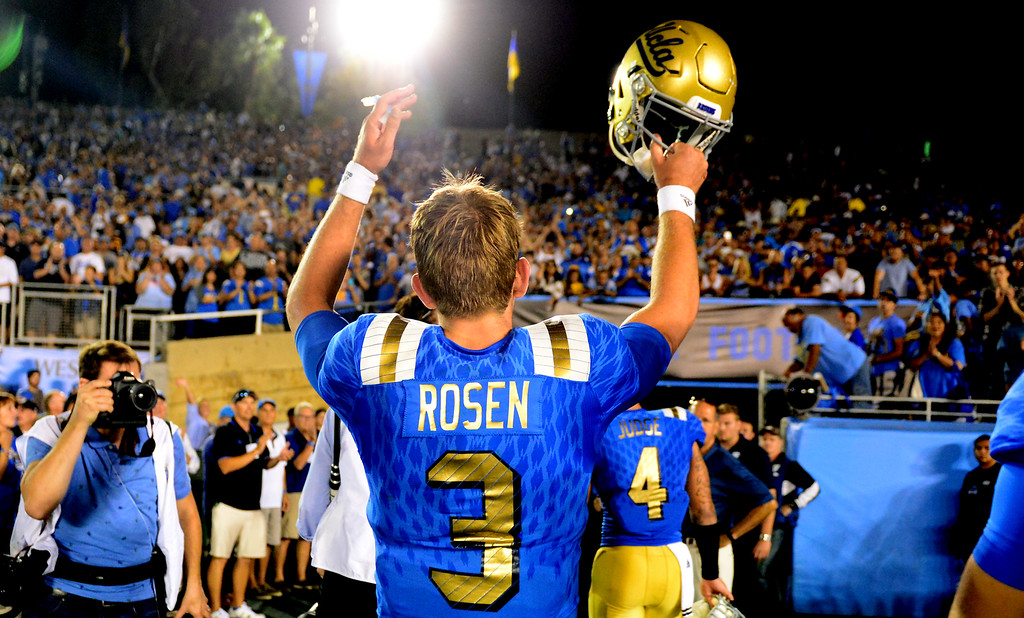 After a stellar freshman season, Josh Rosen will enter his sophomore year at UCLA with a new offensive coordinator and a new quarterbacks coach. (Keith Birmingham/Staff)

Josh Rosen was spectacular in his true freshman campaign. For his sophomore season, Rosen will have a new offensive coordinator’s scheme and a new quarterbacks coach.

He’ll be without top running back Paul Perkins and his top two receivers, but undoubtedly had a great effect in pulling in some of the nation’s top pass catchers in this year’s recruiting class. He and Theo Howard, who enrolled in January, could be a dynamic combination.

Howard is a top-10 receiver in the nation according to both Rivals and Scout and gives the offense a real deep threat. He ran a blazing 4.38 40 at The Opening last year.

Before Rosen and the Bruins start spring practice on Tuesday, look back at how the quarterback stacked up with other top true freshmen in the nation last year: