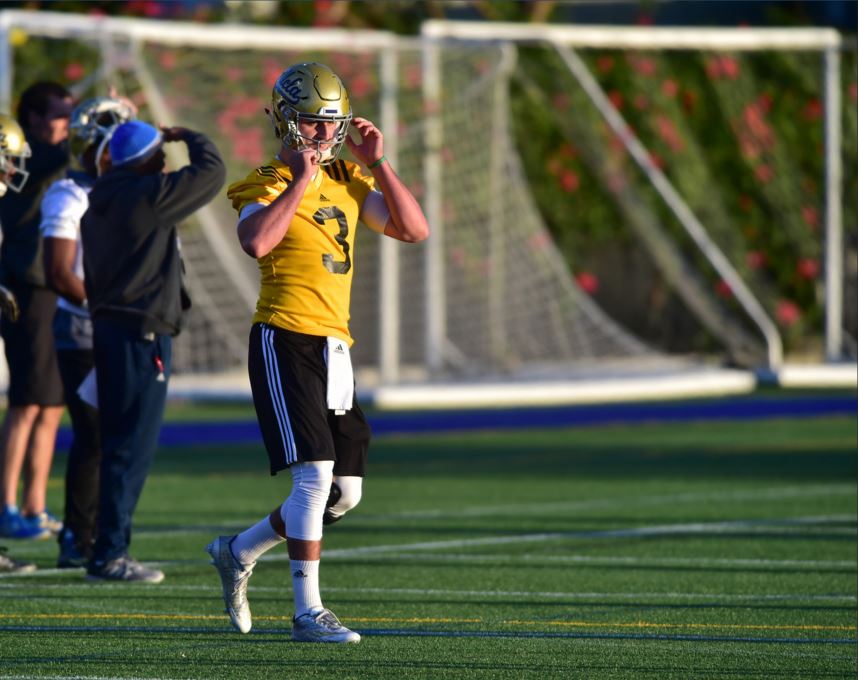 There is a notebook HERE about Kennedy Polamalu’s offense and Josh Rosen after the coach made his first media appearance of the spring.

Here are notes/observations from the day:

— No Rosen today as the quarterback had a sore hip, according to Mora. His absence was precautionary, Mora assured, and Rosen is expected to return to full practice Monday.

— Without Rosen, practice was pretty lack-luster. While Mora lauded the offense’s improvement in the passing game this week, there really wasn’t much going on in the passing game today. Pass protection has gotten better, but Mike Fafaul and Matt Lynch both were subject to some pressure. Completions were few and far between during team periods.

— Takkarist McKlinley batted a pass from Fafaul down on the first play of the first 11-on-11 period.

— Will Lockett had a great day, especially against the run. The redshirt freshman had a great stop on Nate Starks during the nine-on-seven period and added two good tackles on running back Kahlil Muhammad during the team periods.

— Fafaul connected with Kenny Walker on a long completion down the middle of the field in the first scrimmage period. Kolton Miller blocked McKlinley out of the play to keep a good pocket for Fafaul.

— Ishmael Adams probably had the play of the day (again) as he hauled in a fingertip catch from Lynch, broke away from a tackle and turned the corner up the sideline for a big gain.

— Matt Dickerson got the best of Miller during one-on-ones, beating him twice in a row, including a great rep in which Dickerson swam by Miller easily.

— Darren Andrews continued a good spring campaign with a great catch from a Fafaul pass over Jaleel Wadood. Both Andrews and Wadood had a chance at the ball, but Andrews plucked it out of the air away from the safety.

— Adarius Pickett picked off Fafaul on a tipped ball in the team period.

— Eldridge Massington got a long completion from Fafaul on a crossing route in the final team period when the team lined up in a backed up situation.

— Mique Juarez made an appearance on the field for the first time since sustaining a concussion in the second week of practice. He was just running on the side of the field, but it’s obviously a stop forward in his recovery. Fellow freshman linebacker Breland Brandt is also coming back from a concussion and Mora said Brandt could come back on the field Monday, but the coach said it is unlikely either freshman would return to full contact practice in the final week of camp. It’s possible they could participate in individual drills, but not in contact periods.

— JJ Molson hit four of his six field goals, missing the last one after it got blocked. Andrew Strauch struggled, only hitting one of his six.