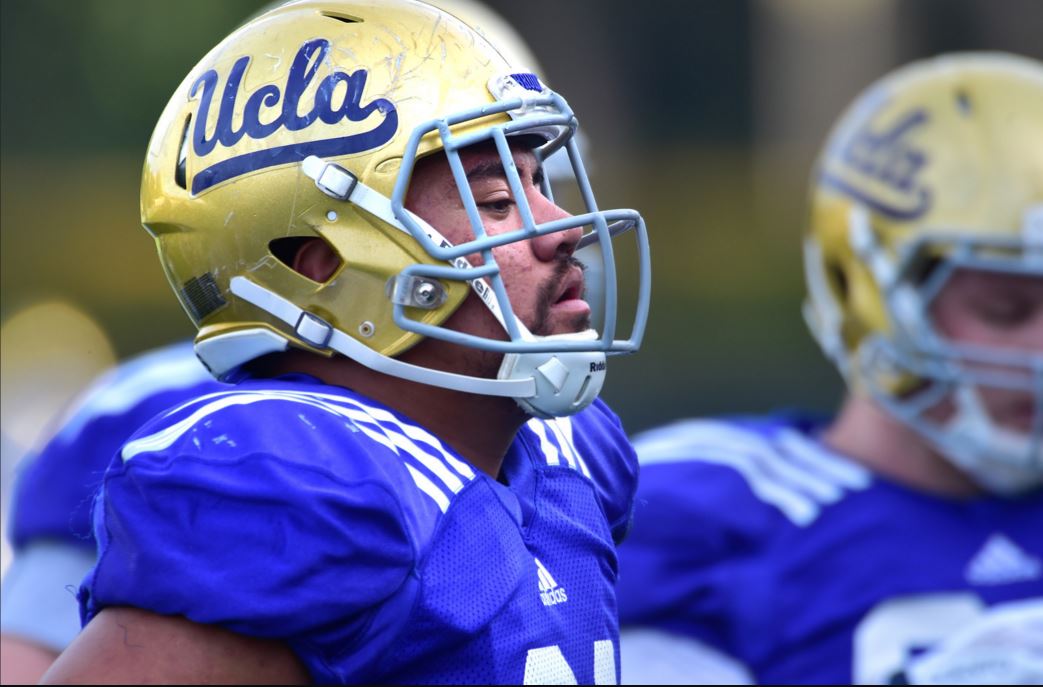 There’s a notebook HERE about the structure of the upcoming Spring Showcase. (Spoiler: It’s not going to be much different than a normal practice)

— The defense won the day big time. In nine-on-seven and 11-on-11 periods, the offense scored two combined touchdowns on my count. (We don’t have the greatest look at seven-on-sevens, so I can’t count those.) The nine-on-seven touchdown came from Nate Starks, and Ishmael Adams scored the 11-on-11 touchdown on a nice pass from Mike Fafaul in the back corner of the end zone.

— In the second 11-on-11 period when each quarterback was on the field for as long as it took the defense to force a third-down stop, the offense got only two first downs out of five drives and no more than one per drive. The longest drive for either offensive unit was six plays, a Fafaul-led drive that ended on an incompletion on third-and-9.

— Josh Rosen returned to the field after sitting out on last Saturday’s practice with a sore hip and only completed one pass during the second 11-on-11 period and was sacked twice by my count. The defensive backs made some great plays to break up passes, but he definitely wasn’t helped by some dropped balls from his receivers. Credit to a great day for the pass rush as well.

— We’re starting to the rewards of the modified cadence as the offense drew the defense offsides three times. Fafaul drew Nick Terry offsides twice on consecutive plays during nine-on-seven and Rosen drew Matt Dickerson offsides once during 11-on-11. The Rosen-led offense immediately followed that play up with a delay of game, by the way.

— Mique Juarez took some mental reps on the field in which he stood in the defensive back field and mirrored one of the outside linebackers. Juarez stood behind the defense next to linebackers coach Scott White and mirrored either Cameron Judge or Jayon Brown during the play, then ran to the sideline and back before the next snap. Juarez is coming back from a concussion and will not engage in contact for the rest of spring, Mora said last Saturday.

— Adarius Pickett had a good day on defense, breaking up during seven-on-seven and then breaking up the final play of practice as Rosen tried to find Adams on fourth-and-15.

— Takkarist McKinley is showing his speed off the edge as he batted down another pass at the line of scrimmage, swatting a pass back into Rosen’s face during the first 11-on-11 period.

— DeChaun Holiday was out during Monday’s practice with what Jim Mora called an illness.

— JJ Molson was a perfect 7-for-7 on his field goals for the entire day (two in the middle of practice and five at the end). Andrew Strauch was 5-for-7, missing his final two.