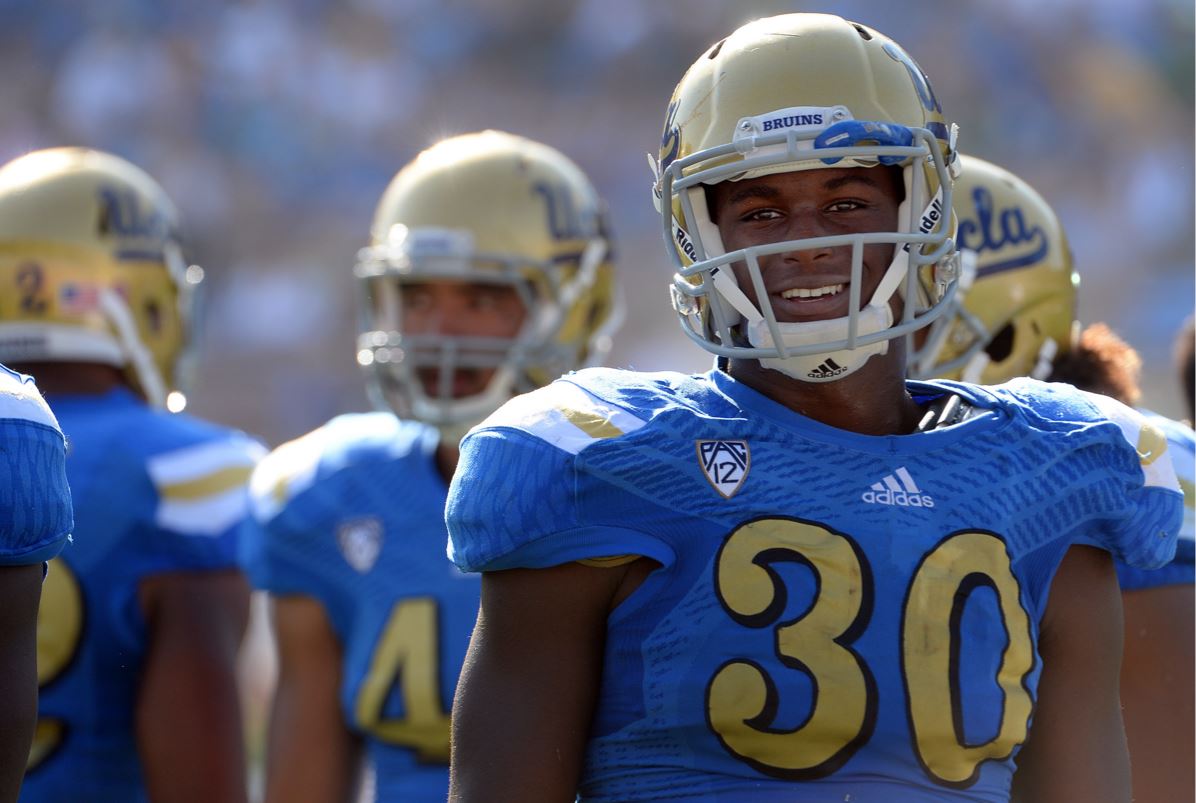 Former UCLA linebacker Myles Jack tumbled in the first round of the NFL Draft on Thursday. Photo by Keith Birmingham // Pasadena Star-News

Once considered a lock as a top-five pick, former UCLA linebacker Myles Jack spent more than three painful hours in the green room in Chicago and didn’t hear his name called in the first round of the NFL Draft after reports of a serious issue with his knee torpedoed his draft stock. Reports indicated that the cartilage in his surgically repaired right knee was separating away from the bone after he tore the meniscus in September.

He told NFL Network on the pre-draft red carpet that he was not worried about his knee.

What’s the deal with his knee?@MylesJack addresses his injury situation before the #NFLDraft. https://t.co/4vIW0ObCMR

Teammates (former and present) and even opponents took to Twitter to support Jack during his draft free fall.

Sleepin on @MylesJack. Watch what happens.

My bro @MylesJack will be the best LB to play in the NFL in this draft class and every team that didn’t take him is going to be hurt.

Former UCLA linebacker Eric Kenricks, currently playing for the Minnesota Vikings, tweeted a simple sad face emoji when his team passed on Jack at No. 23 overall. He deleted the tweet later (thus the need for a screen shot) and followed it with “Got a great receiver though!”

Got a great receiver though!

I played against Myles Jack a few times, and if he play LineBacker as hard and aggressive as he run the ball, the whole league is trippin.

As Jack tumbled out of the first round, NFL Networks showed a shot of a hand-written note for the linebacker from UCLA head coach Jim Mora, who attended the draft. The note listed notable players who fell in the draft: Dan Marino (27th overall to Miami, 1983), Aaron Rodgers (24th overall to Green Bay, 2005), Troy Polamalu (16th overall to Pittsburgh, 2003) and Randy Moss (21st overall to Minnesota in 1998).

The second round of the NFL Draft starts Friday at 4 p.m.