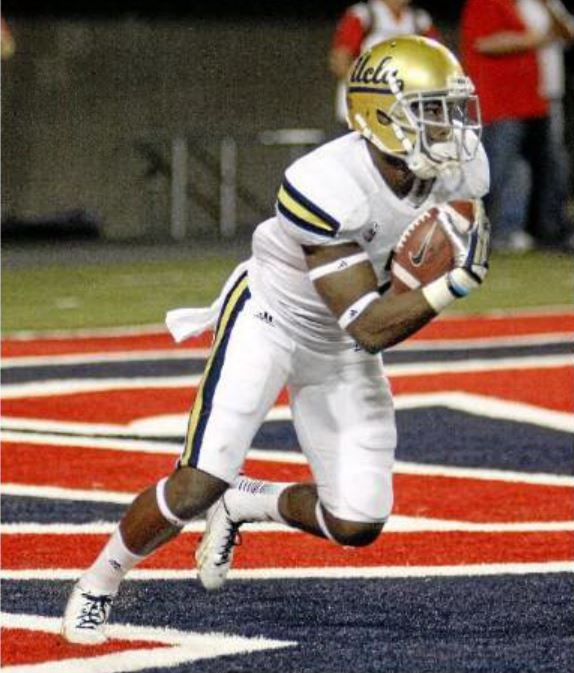 Former UCLA wide receiver Devin Fuller was drafted as the 17th pick in the seventh round (238th overall) by the Atlanta Falcons. The speedy receiver had 24 catches for 259 yards last season with three touchdowns. He also handled punt and kick return duties, averaging 11.8 yards on punt returns and 24.4 yards on kick returns.

He was the third Bruins picked in the seventh round (after linebacker Aaron Wallace and tight end Thomas Duarte) and the eighth UCLA player selected overall. It is already the largest draft class from UCLA ever since the draft went to a seven-round format. It’s also the most since 1988 when the Bruins had 10 players taken.