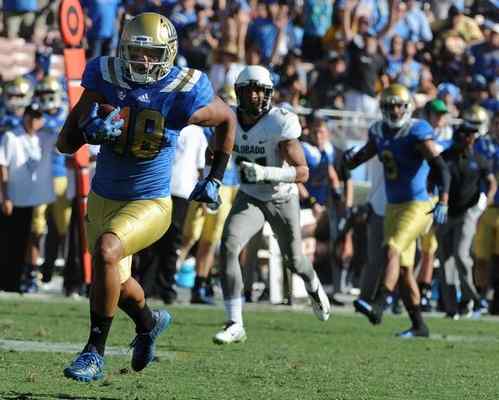 Tight end Thomas Duarte went to Miami Dolphins as the 10th pick in the seventh round.

The 6-foot-2, 231-pound tight end led the Bruins in touchdown receptions last year with 10. He had 53 catches for 872 yards (both were second on the team). Duarte was a second-team All-Pac-12 selection during his junior year, after which he left school early to declare for the draft.

Duarte fell to the seventh round after being projected as more of a fourth-to-sixth-round pick.

I want to thank the @MiamiDolphins organization for believing in me! I can't wait to get to work! #finsup