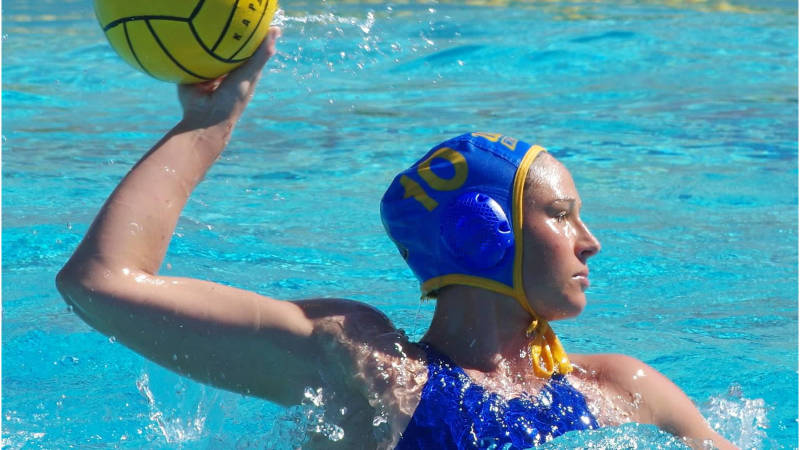 Mackenzie Barr leads the UCLA women’s water polo in its bid for a national championship this weekend at home. (Photo courtesy UCLA Athletics)

The women’s water polo team will host the NCAA championships at the Spieker Aquatics Center from Friday to Sunday. The Bruins start the tournament at noon on Friday with a game against UC San Diego.

Here’s our preview of the tournament, focusing on No. 1 USC and No. 2 UCLA and the epic championship matchup that could be on Sunday between the cross-town rivals.

You can watch all the water polo matches online at NCAA.com. Here is the full bracket.

The men’s tennis team will be next door at Sunset Canyon Tennis Courts for first- and second-round NCAA tournament action. The Bruins, the third seed in the tournament, host Weber State on Friday at 1 p.m. The winner of that match faces the winner of the other first-round match between San Diego and Vanderbilt for a berth in the Sweet 16. The second round will be at 1 p.m. on Saturday.

Baseball will also be on campus this weekend for a three-game series against USC. Friday and Saturday’s games are at 7 p.m., while the Sunday finale is scheduled for 6 p.m.

The women’s tennis team opens postseason play on the road in Columbus, Ohio, facing Notre Dame in the first round. Host Ohio State and Youngstown State are the two other teams in the regional bracket.