Here is a notebook about Saturday’s game with information about Theo Howard, Nate Starks and the injury update from Jim Mora after the game.

To put a bow on last week’s game day graph, here are updated versions of both offensive and defensive efficiency grids that I originally posted on Saturday morning. These grids reflect updated statistics after Saturday’s games as Washington and Stanford started week 5 on Friday.

The teams that moved in the Pac-12 rankings in yards gained/allowed per pass/carry are indicated with a white arrow. The round end of the arrow is where the team started on Saturday morning and where the logo is currently reflects their updated rankings.

On offense, the big winners of Saturday were Washington State and USC. WSU beat Oregon 51-33, while USC dismantled Arizona State 41-20.

UCLA moved out of the lower left quadrant with some big passing plays against Arizona. Quarterback Josh Rosen averaged 9.5 yards per pass, highlighted by touchdown passes of 62, 29 and 19 yards. UCLA’s running game remains the most inefficient in the Pac-12. 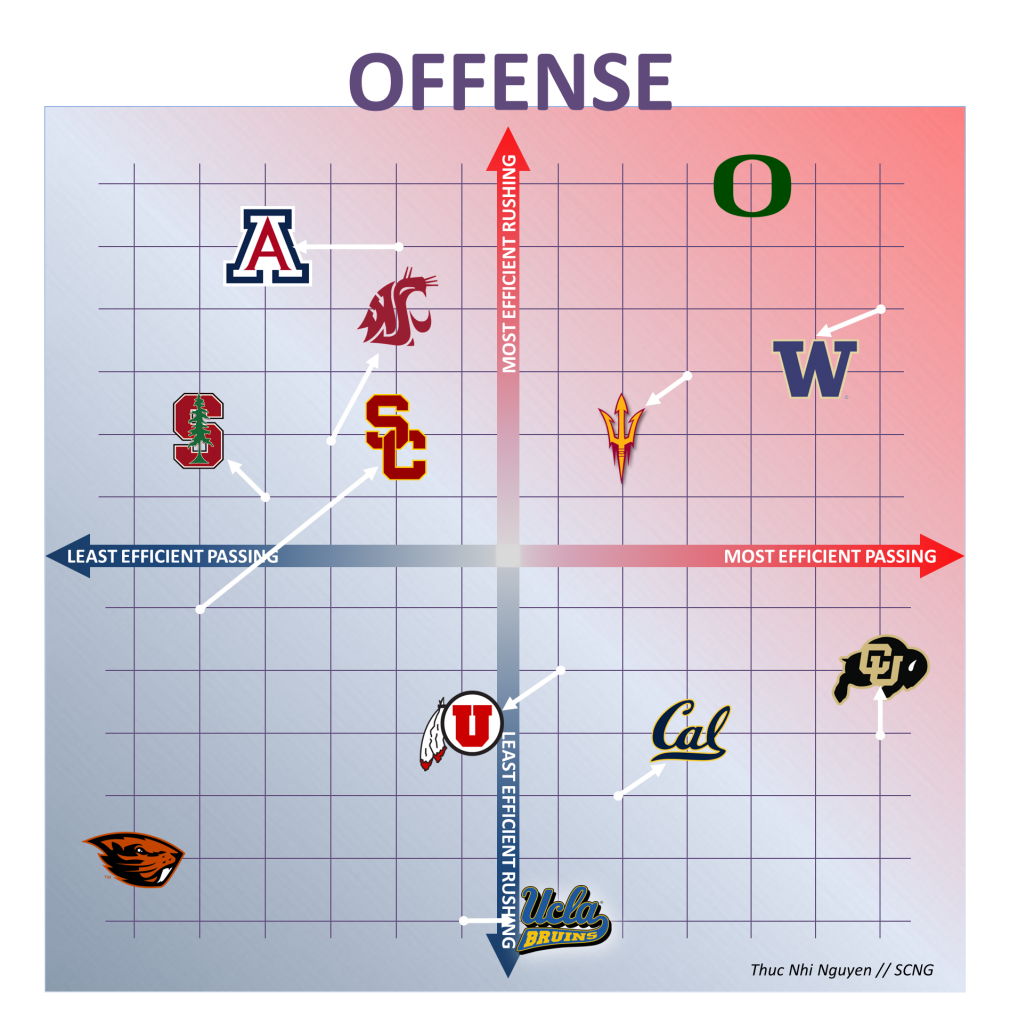 On defense, it was a good week for USC as the Trojans held Arizona State to a season-low 303 yards, including just 75 on the ground. The biggest drop was Washington State, who faced Oregon, the leader in rushing yards per carry. However, WSU also piled up some rushing yards against the Ducks and pushed Oregon down to the second worst spot in rushing defense.

UCLA dropped one spot in rushing defense after facing Arizona. The Bruins gave up 242 rushing yards (4.9 yards per carry). 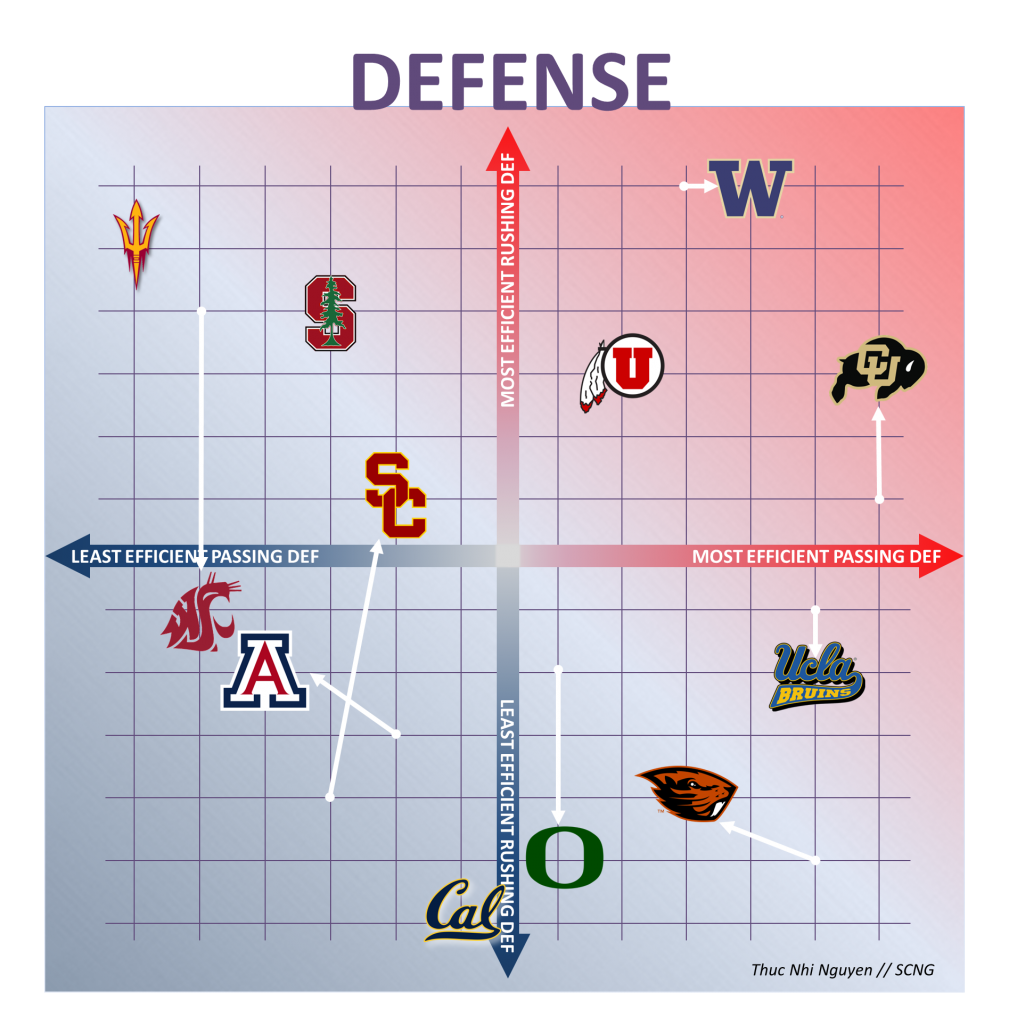 When comparing both grids, the top two teams remain the same: Washington and Colorado. The Buffaloes moved up one spot in rushing offense and two in rushing defense. They are the last undefeated team in the Pac-12 South standings.