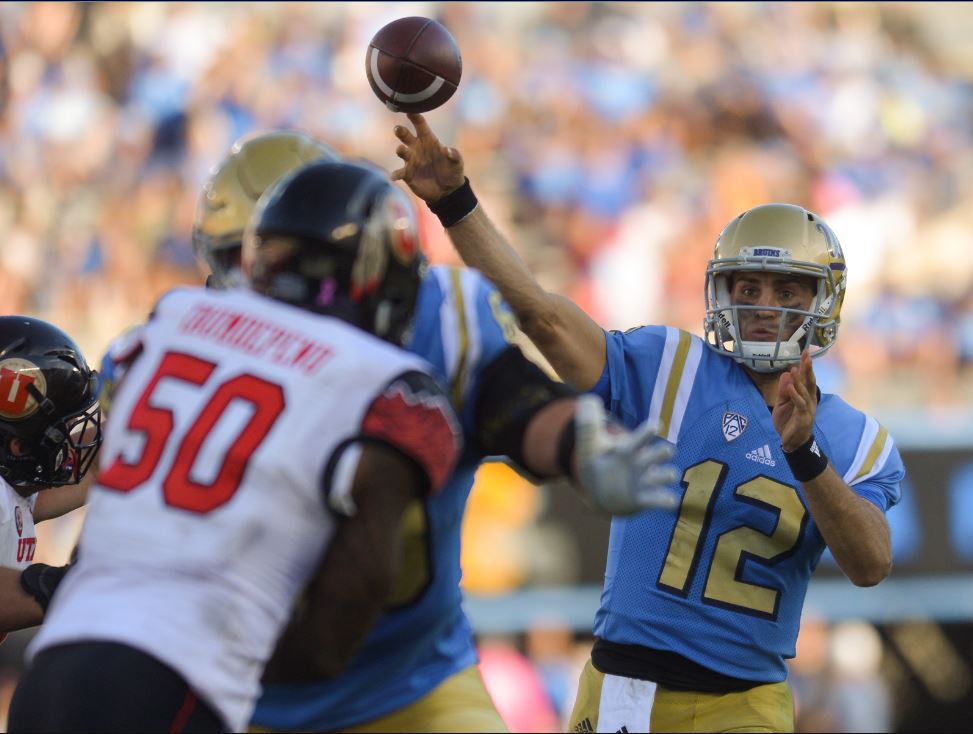 The losing streak has gone on for so long that Takkarist McKinley can barely remember how many consecutive times he’s walked out of a stadium after a loss now.

Three times, he’s reminded. And four of the last five.

“We’ve just got to find a way just to win,” he responded Saturday after UCLA’s 52-45 loss to Utah at the Rose Bowl. “No excuses.”

Time is running out on UCLA’s season after another conference loss, this time an extra costly loss to a divisional opponent. By design, UCLA’s running game disappeared fully from the offense Saturday. The defense gave up a school record amount of rushing yards.

The Bruins are now 3-5 overall and 1-4 in Pac-12 play. Forget a shot at the Pac-12 championship. They need to win three of their last four to just earn bowl eligibility now.

Links to wrap up another loss: