In the past four games, UCLA has reverted back to its spread offense of old. The decision was due in part to the change at quarterback as Mike Fafaul had been in Noel Mazzone‘s offense for four years at UCLA prior to this season.

Kennedy Polamalu said since after the Washington State game, the Bruins have been operating mostly in within the spread offense, which meant a significant jump in tempo. That change in pace on offense had mixed results for the Bruins on both sides of the ball.

Here’s a look at how the change in offensive philosophy affected efficiency on both offense and defense: 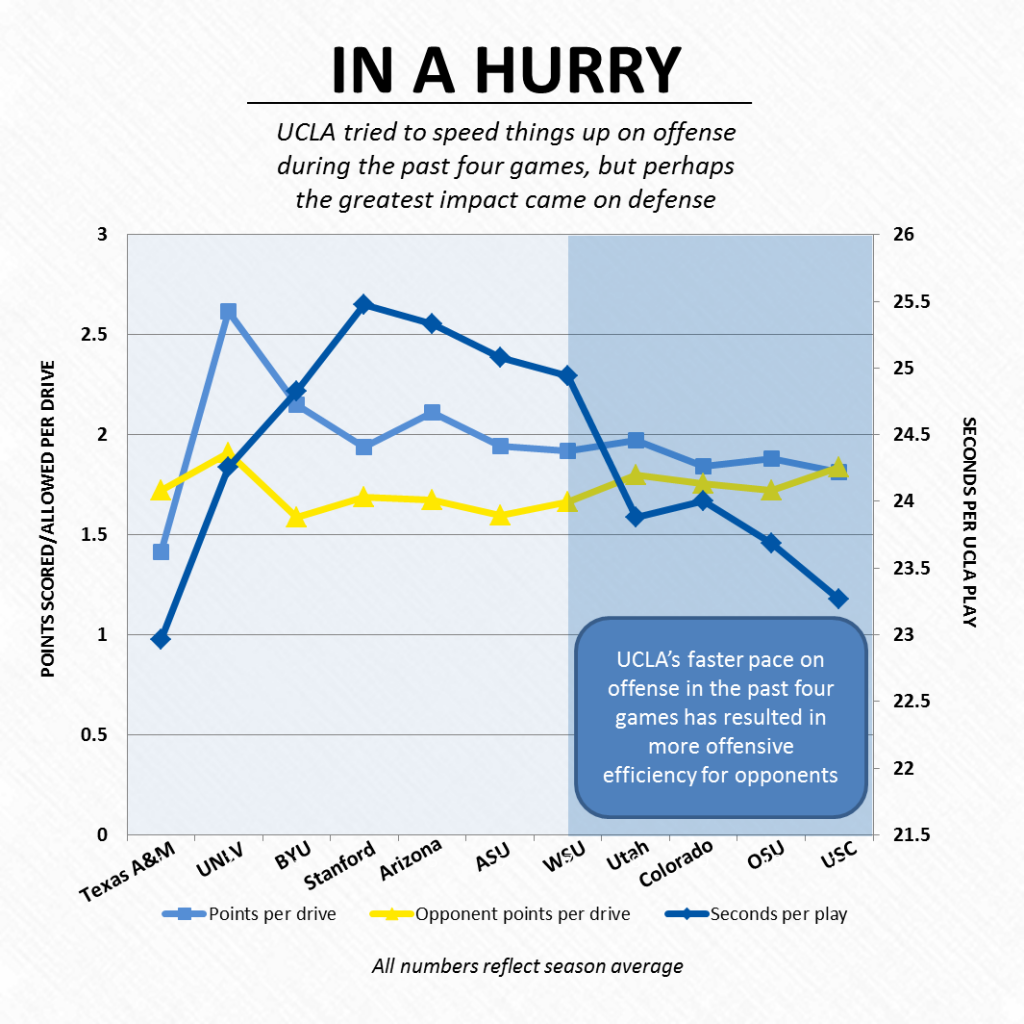 When looking at the yellow and light blue lines, you’ll see that the gap officially closed last week against USC, which is not a good thing for the Bruins. They’re now giving up more points per drive than scoring for the first time since the season opener.

As was a problem under Mazzone, the fast offense makes for a tired defense. Finding the right balance between speed and efficiency is the trick for every football team and the Bruins have yet to find it.