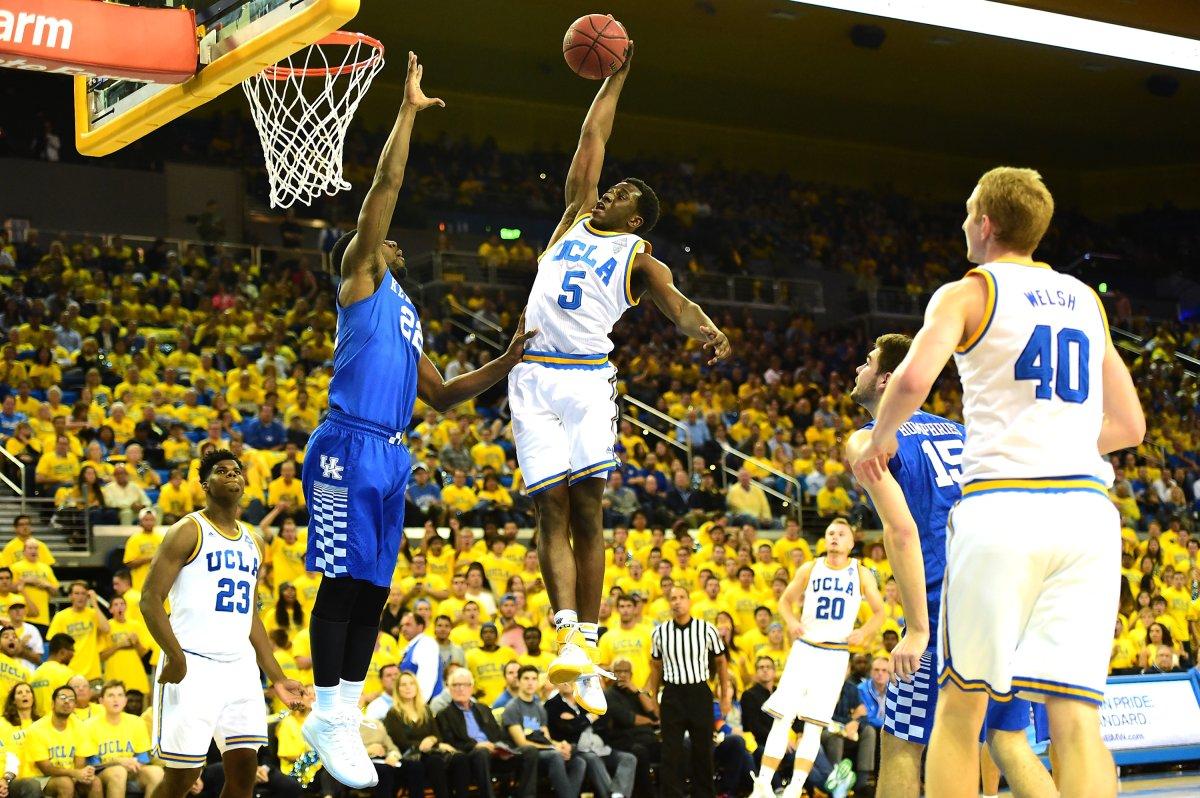 Considering the talent and depth of its guard rotation, UCLA is considering redshirting sophomore guard Prince Ali (5), who is yet to return from July knee surgery

It’s possible that guard Prince Ali may not return at all this season from July knee surgery initially expected to shelve him for minimum of four months. UCLA coach Steve Alford said Tuesday he wasn’t ruling out the possibility of redshirting the sophomore, who is still likely multiple weeks away from a return.

“Probably this time next week we need to sit and have a discussion just on his future,” Alford said. “I always want to do what’s best for the player, just see what he’s thinking, get some thoughts that as we break for Christmas, he can talk to family.”

Ali, a four-star recruit from Weston, Fl., averaged 3.9 points in 11.8 minutes per game as a freshman. He may be the best athlete on the team, but there isn’t much room for him in a guard rotation that has already forced one of last season’s starters to the bench.

“I feel for him because he was playing so well in the spring, so well in the summer,” Alford said. “This injury was obviously a setback for him a lot longer than he and I hoped it would be.”

Ali is no longer experiencing pain from the surgery to repair a tear in his meniscus. He has resumed non-contact drills and is comfortable enough to dunk the ball, according to Alford, who noted the main thing keeping him from the court is conditioning.