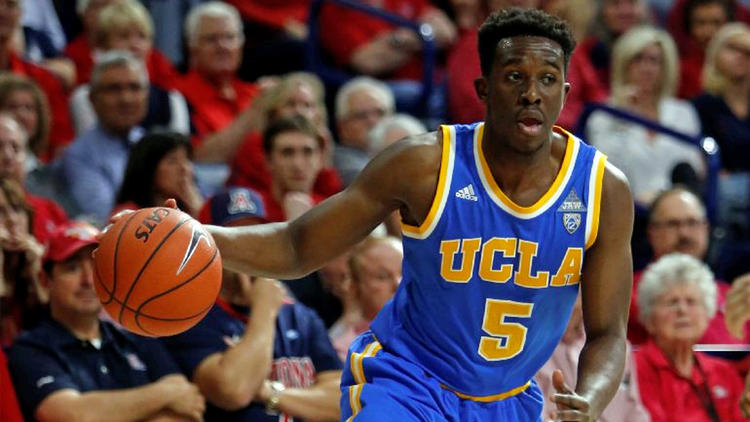 Ali, an athletic 6-foot-3 shooting guard once a 4-star recruit, would have a hard time even equaling the 11 minutes per game he played as a freshman considering UCLA already employs four accomplished guards. Olesinski, a 6-10 power forward, has four front court players ahead of him in the rotation, including one of the best freshman in the country, TJ Leaf.

Should an injury create an opening in the UCLA lineup, Ali or Olesinski could reverse course and elect to play at any point this season. Redshirt paperwork isn’t filled out until the season is over.

It may seem like an easy decision for two players who don’t figure prominently into the plans this year, but will have plenty of opportunity next year when seniors Bryce Alford and Isaac Hamilton are gone – and potentially freshman Lonzo Ball and TJ Leaf are in the NBA.

From the team’s perspective, UCLA seems to have a legitimate shot at an NCAA championship and any contribution from Ali or Olesinski, however slight, could make a difference. From either player’s perspective, it can’t be easy to sit out given the opportunity to be part of a deep tournament run.

Ali had a promising freshman season, averaging 3.9 points per game in 11.8 minutes. Olesinski was coming along more slowly, but his ability to run the floor and shoot from the outside makes him an ideal fit in the up-tempo offense Ball is running so flawlessly this season. Just ask Leaf how the stretch-four role is working out for him.