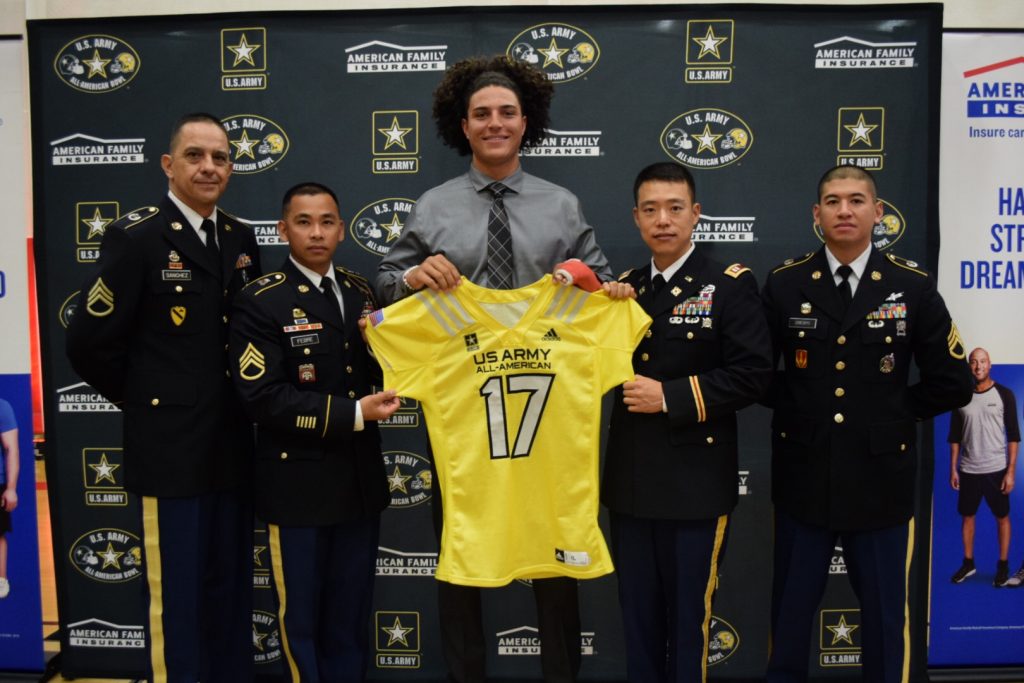 Even among the top high-school talent in the country, UCLA commit Jaelan Phillips stood out in a big way.

The five-star defensive end was a dominant force for the West Team in the U.S. Army All-American Bowl on Saturday with a game-high five tackles. He had 0.5 sacks and one quarterback hurry as his West Team lost 21-17. NBC announcers praised Phillips’ quick, strong hands and full arsenal of moves, calling the Redlands East Valley graduate “the most impressive prospect of the week” with the “look of a future pro.”

Phillips was named the U.S. Army Defensive Player of the Year on Friday before the game.