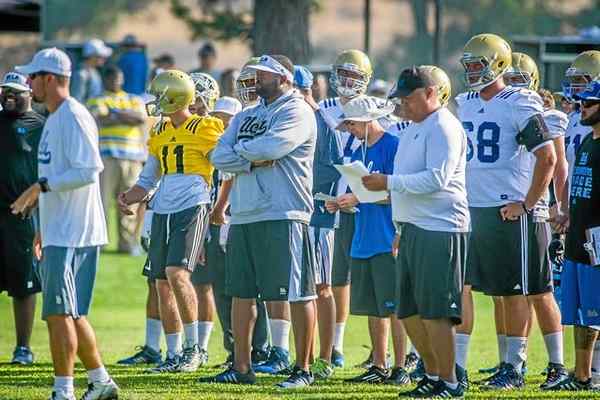 The Bruins have coaching vacancies at running back and offensive line with National Signing Day quickly approaching on Feb. 1. UCLA just split with one of its top recruiters and has only three offensive line commits: Kanan Ray from Sierra Canyon High, Jaxson Kirkland from Jesuit High in Portland, Ore., and Jax Wacaser from Saguaro High in Scottsdale, Ariz.

Here is head coach Jim Mora‘s full statement on the firing, released by the school:

“Adrian is a friend, which makes change difficult sometimes. But right now, this is what is in the best interest of the program. I know Adrian will be successful in all his future endeavors. He has played a major role in the lives of the young men he has coached and mentored here in Westwood, many of whom now have careers in the NFL. I want to thank him for that commitment to our student-athletes over the years and his dedication to this program.  Most of all, I want to wish him all the best moving forward.”