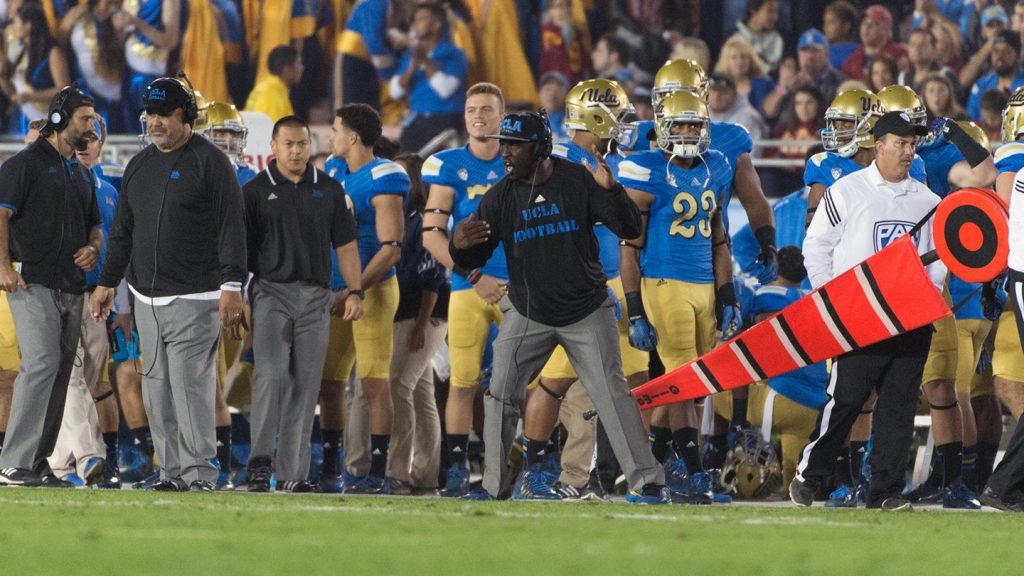 UCLA officially announced the hiring of DeShaun Foster as its next running backs coach and Hank Fraley as its offensive line coach Saturday.

Statements on the hires from head coach Jim Mora:

“DeShaun is a Bruin through and through, which makes this such an exciting addition to our staff. On top of being a tremendous alum, consummate professional, trusted voice and valued mentor, he is an exceptional football coach whose pedigree and knowledge of the game command respect. We’re thrilled to welcome DeShaun back home where he belongs.”

“Having spent the last three seasons with an excellent staff in Minnesota, coupled with his 11-year NFL playing career, Hank is undoubtedly the right man to lead this unit forward. I watched Hank compete firsthand in the 2004 NFC Championship and am happy this time he’s now on our team. We can’t wait to get him in here, have him meet with our guys, share his knowledge and experience with them and begin the process of preparing this group for Spring Ball.”