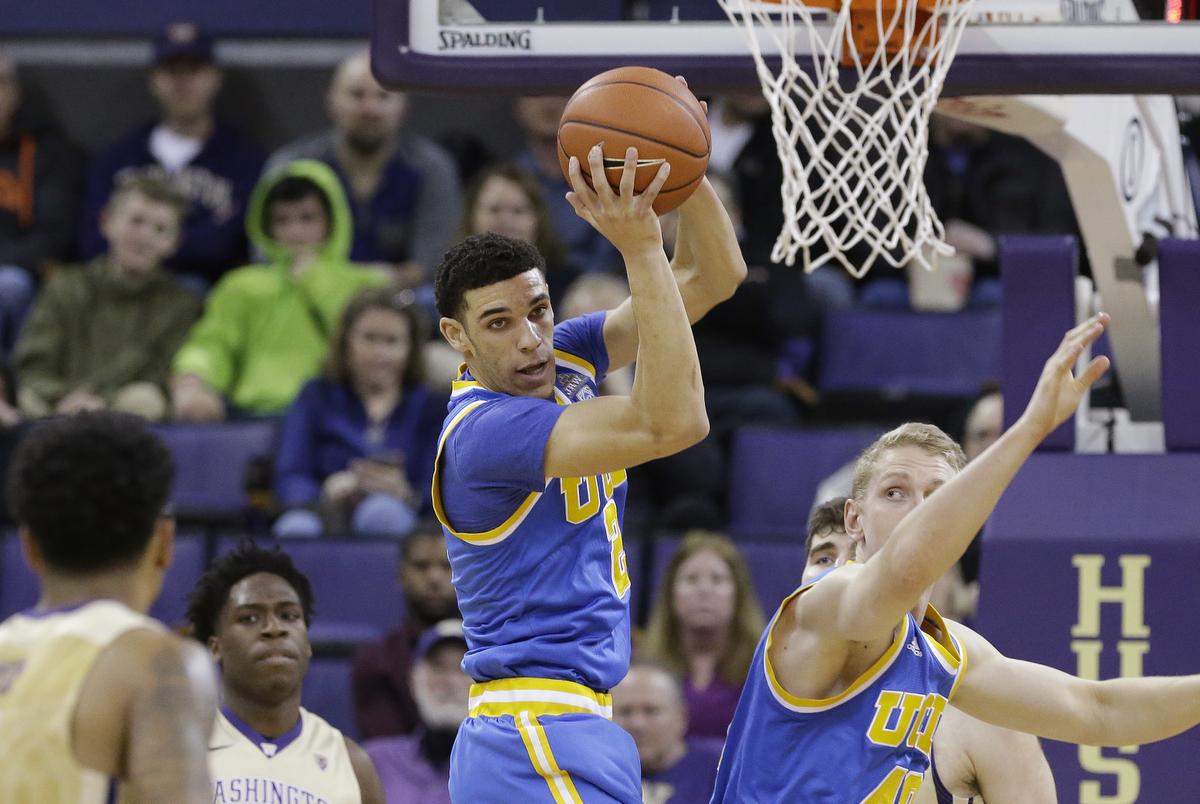 After a one-week hiatus, UCLA returned to the top 10 of the Associated Press poll

UCLA’s ceiling in the polls appears to have been lowered by its loss to USC. Despite seven combined losses in the top 10 last week, the Bruins’ 2-0 week earned them a single spot.

Maybe UCLA has officially been branded as a team that can’t play defense at a high enough level. Or once the shine came off the best offensive team in the country, voters are taking a harder look at a schedule that has limited UCLA’s RPI to No. 23.

I’m giving UCLA more credit than most voters, but awaiting the Bruins on Thursday is one of two remaining chances in the regular season to have a significant positive effect on its standing. Despite a loss to Colorado two weeks ago and a one-point win over Arizona State last week, Oregon got plenty of respect for its 27-point win over Arizona on Saturday.

The Ducks jumped eight spots and finally returned to the Associated Press poll’s top five. During a week where the AP top 10 posted a combined record of 12-7, three teams fell out of the top 10. UCLA was one of the three that was voted into the top 10, but the other two leapfrogged the Bruins. Virginia, Kentucky and West Virginia fell out. Oregon, North Carolina and UCLA moved in.

North Carolina has one more loss than the Bruins, but its RPI is 4 compared to UCLA’s lowly 23. Until the Bruins beat one of the best two teams in their own conference, UCLA will continue to be passed over by teams from other conferences even if the Bruins have a better record.

How I voted in the men’s basketball Week 14 AP poll:
1. Gonzaga
2. Villanova
3. Kansas
4. Baylor
5. Oregon
Even with Dillon Brooks back in the lineup, the Ducks have been all over the map of late, but a 27-point win over Arizona is too strong of a statement to discount in any way. Oregon has now snapped a 13-game UCLA winning streak and a 15-game Arizona winning streak this season.
6. Arizona
The fact that Arizona lost to Oregon isn’t shocking in itself, but the 27-point margin was difficult to digest. The Wildcats were probably playing the most consistent basketball in the country with Allonzo Trier back in the lineup, but their 15-game winning streak ended with a thud.
7. UCLA
The Bruins looked so lost while being defeated at USC two weeks ago that simply earning two road wins last week went a long way toward restoring credibility. UCLA’s RPI is still lagging at No. 22 in the country, but a massive opportunity awaits the Bruins when Oregon comes to town Thursday.
8. Louisville
9. North Carolina
10. Florida State
11. Wisconsin
12. Virginia
13. Kentucky
14. Creighton
15. Butler
16. St. Mary’s (Cal)
17. Cincinnati
18. Maryland
19. Florida
20. West Virginia
21. Duke
22. Purdue
23. South Carolina
24. Xavier
25. Purdue