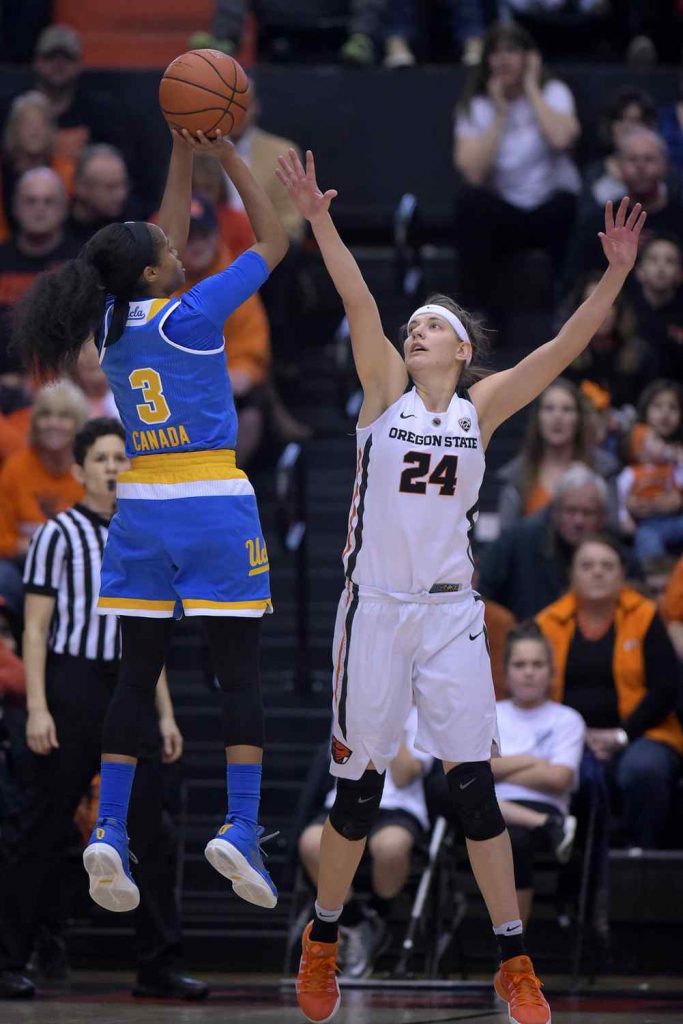 The UCLA women’s basketball team’s rough weekend got worse when All-American point guard Jordin Canada went down during the first half against Oregon State on Sunday in Corvallis. The team’s leading scorer did not return after appearing to injure her head/neck as the No. 15 Bruins fell short against No. 9 Oregon State, 68-61.

“Our offense usually starts with her and our defense starts with her. The way our team responded, and having other people step up, I was really proud of our effort and focus,” UCLA head coach Cori Close told reporters of Canada. “There are things we have to get better on, and there are things I wish were different, and I hate losing, but sometimes that’s not the true reflection of the heart a team shows, and I’m proud of our team’s heart.”

Close did not have specifics on Canada’s injury after the game.

Sunday’s loss was the second straight for the Bruins as they also lost to unranked Oregon in Eugene on Friday, 84-75. UCLA (18-7, 9-5 Pac-12) has lost three of its past four games, with the only victory coming against Stanford on Feb. 6. All four games were on the road.

In Canada’s absence, Kennedy Burke stepped up for the Bruins, leading all scorers with 18 points against the Beavers. Monique Billings had 17 points.

Against Oregon, Canada had 20 points, six rebounds and seven assists while Billings had 18 points and 12 rebounds.