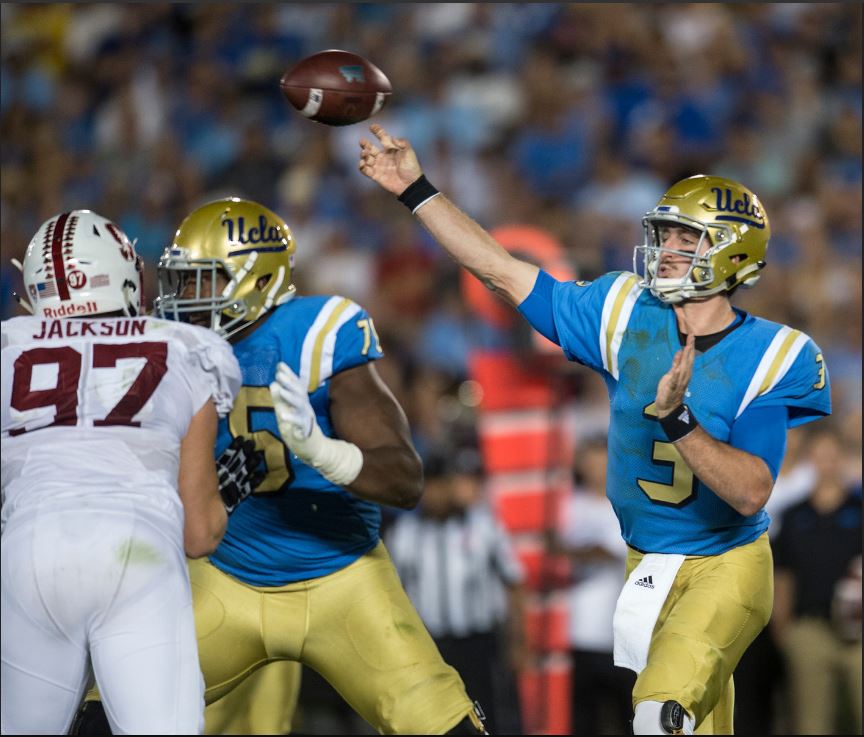 The recruits are signed and the next step is development.

Athlon Sports examined the relationship between recruiting class rankings and winning in the Pac-12 over the past five seasons, finding that, predictably, higher-ranked recruiting classes generally perform better on the field.

However, one of the underachievers was UCLA, which, based on 247Sports’ team composite rankings, had the second-best recruiting classes during the past five recruiting cycles (from 2013-17). But UCLA’s overall record in the past five seasons (2012-16) is 41-24 (0.631) and ranks fifth in the conference.

Below is a chart plotting the recruiting rankings in the Pac-12 against each team’s overall record. The rankings, in accordance the Athlon Sports article, are based on the school’s 247Sports team composite ranking average from the past five recruiting cycles. The purple diagonal line indicates the trend. The teams under the line are general underachievers when it comes to turning talent into wins. 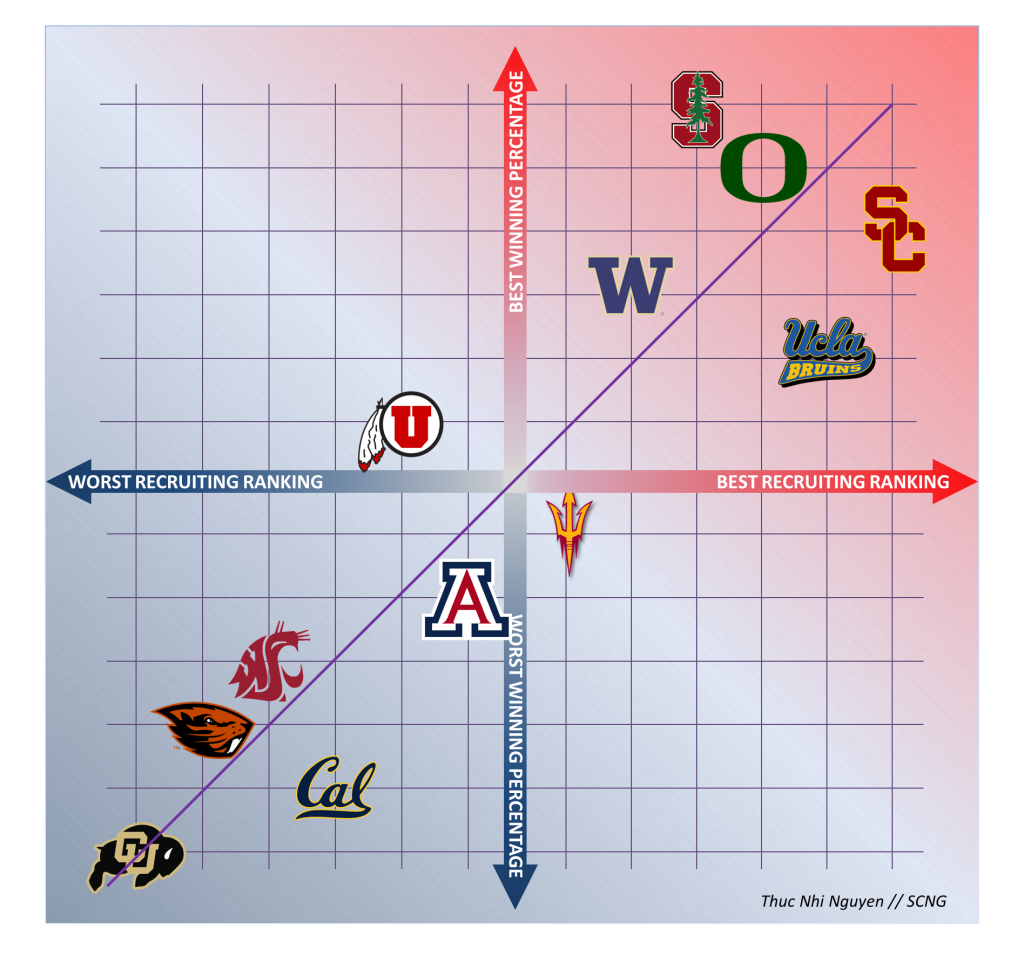 The relationship between recruiting rankings and winning in the Pac-12. Graphic by Thuc Nhi Nguyen

Colorado’s 2016 season was on outlier as the Buffaloes won the Pac-12 South with some of the lowest-ranking recruiting classes in the conference. As a result, they signed their best class of head coach Mike MacIntyre‘s tenure this year. We’ll have to see what impact that has on Colorado’s on-field results going forward.