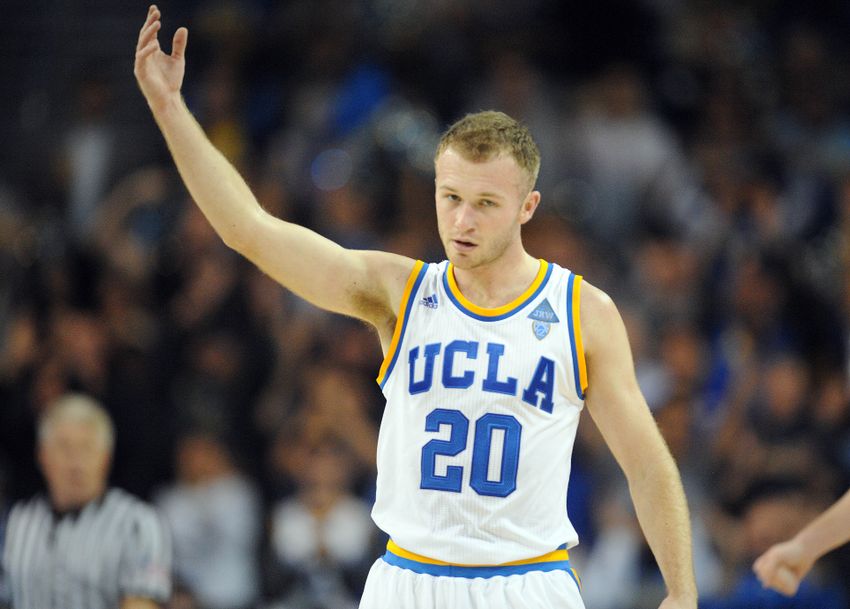 Were Lonzo Ball a larger personality resembling, say, his father, it’s safe to say his relationship with Bryce Alford would be different. By all accounts, the two have meshed fantastically this season.

Ball is UCLA’s floor leader and Alford is its vocal leader. It’s an arrangement that evolved organically.

Alford has willingly accepted a reduced role on the court – he’s taking two less shots per game this season – but his shooting percentage has jumped from 38.5 last season to 45.2 this season, allowing him to maintain essentially the same number of points per game.

From a pure basketball perspective, the Ball-Alford dynamic works in perfect harmony. Of course, it’s hard to find a player who doesn’t work well on the court with the best point guard in the country. Alford is UCLA’s best shooter, but has difficulty creating his own shot. Ball is leading the nation in assists in part because he is remarkably unconcerned about how many points he scores and is hyperfocused on setting up quality shots for his teammates.

Off the court, it’s Ball who gives the team a pep talk before every game, but Alford, for example, is the one who called the players-only meeting after UCLA’s only two-game losing streak that altered the course of the rest of the season.

Alford is the one who calls the on-court huddles. He is the one who has been preaching about leadership all season to the media. And he was UCLA’s leading scorer at the end of the regular season.

Alford may be the least talented of the top seven players in UCLA’s regular rotation. But he is still the team’s alpha.