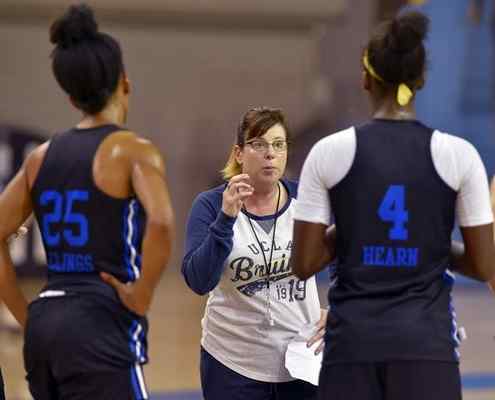 The fourth-seeded Bruins, with a 27-game home winning streak, are trying to reach their second straight Sweet 16. However, UCLA is staying focused on its first-round task against the No. 13 Broncos.

“You can’t get ahead of yourself,” Jordin Canada said. “I think that’s what we’re good at is on focusing on one game at a time.”

Canada leads the Bruins with 18 points, 6.5 assists and 5.3 rebounds, but she is far from the only star for UCLA. Monique Billings is one of the best defensive players in the conference, and averages a double-double (16.8 points and 10.7 rebounds). Kari Korver stretches the floor with her sharp long-range shooting.

It’s great chemistry that allows so many players to flourish for the Bruins while they chase postseason success.

“People aren’t afraid to challenge each other and just really get in each other’s faces about what needs to happen,” Billings said. “If I mess up on defense, if I’m not handling my assignment, Kari is going to come up to me and say, “Mo, get yourself together. This isn’t you.’”