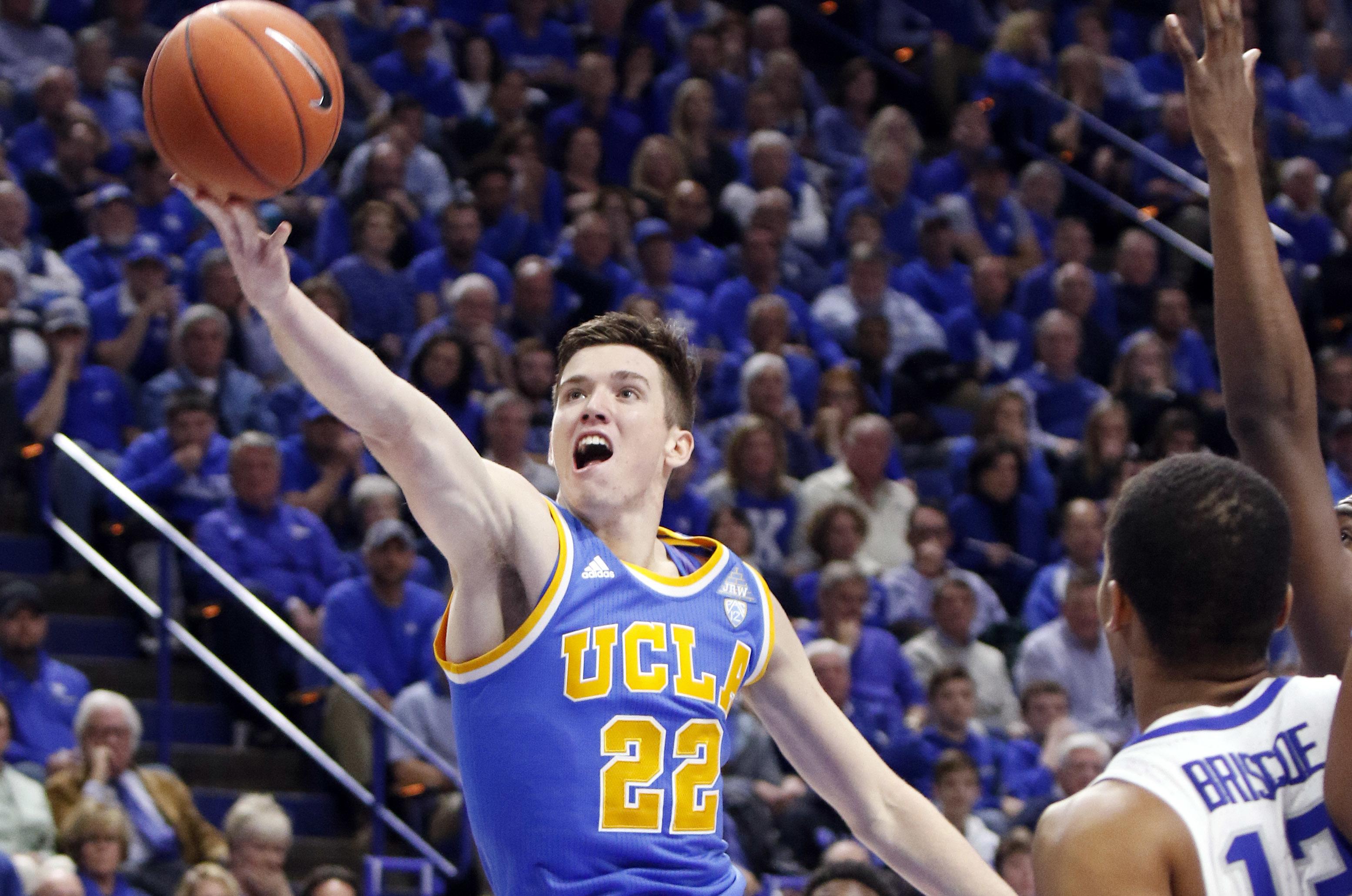 UCLA has won its last two meetings with Kentucky, including a 97-92 win earlier this season

Nineteen years ago there were only 17 national championships between them when they met in the Sweet 16. Tonight, UCLA and Kentucky will break their own record.

When the second-seeded Wildcats play the third-seeded Bruins in the NCAA tournament South Regional Semifinal in Memphis, Tenn., their 19 national championships combined will be the most ever between NCAA tournament opponents.

UCLA leads college basketball with 11. Kentucky has eight, two of which it claimed since meeting UCLA in the Sweet 16 in 1998. The Wildcats beat the Bruins by 26 on the way to the ’98 championship and added another title in 2012.

These programs have plenty of recent history, too. Tonight will be the fourth time UCLA and Kentucky have played in the last three seasons. The Bruins have won the last two, including a 97-92 triumph over the then-No. 1 team in the country at Rupp Arena earlier this season. If UCLA emerges victorious again tonight, it will be hard to argue that was a fluke.