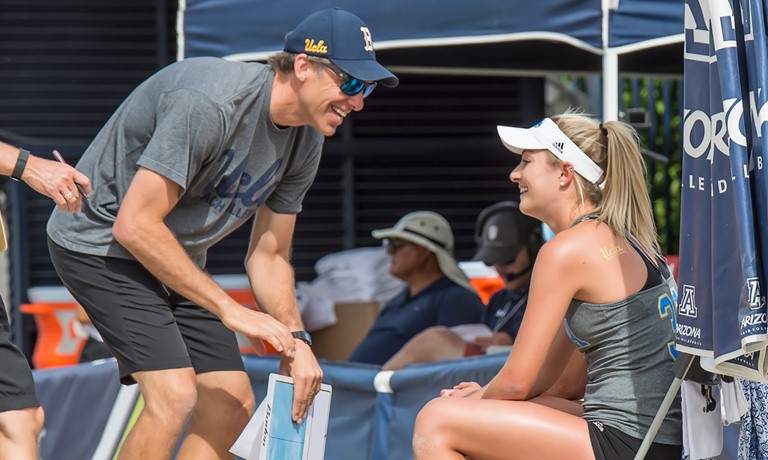 The UCLA beach volleyball team starts its championship chase Friday with the No. 2 seed in the NCAA tournament in Gulf Shores, Ala.

Led by sophomore twins Megan and Nicole McNamara, the Bruins (29-4) face seventh-seeded LSU in the first round at 9 a.m. PT.

The McNamaras were voted to the All-Pac-12 first team with a 26-6 record as UCLA’s No. 1 pair this season. Head coach Stein Metzger was voted Pac-12 Coach of the Year.

Kamila Tan and Madi Yeomans were named second-team All-Pac-12, while Torrey Van Winden was voted to the all-freshman team along with Yeomans.

No. 1 USC leads the tournament field. Three of UCLA’s four losses this year have come to the Trojans. No. 3 seed Pepperdine handed UCLA its other loss.

The NCAA tournament will be televised live on truTV on Friday and Saturday from 12-3 p.m. PT. The championship match will air on TBS on Sunday at 11 a.m. PT. Every match is also available to live stream on NCAA.com.