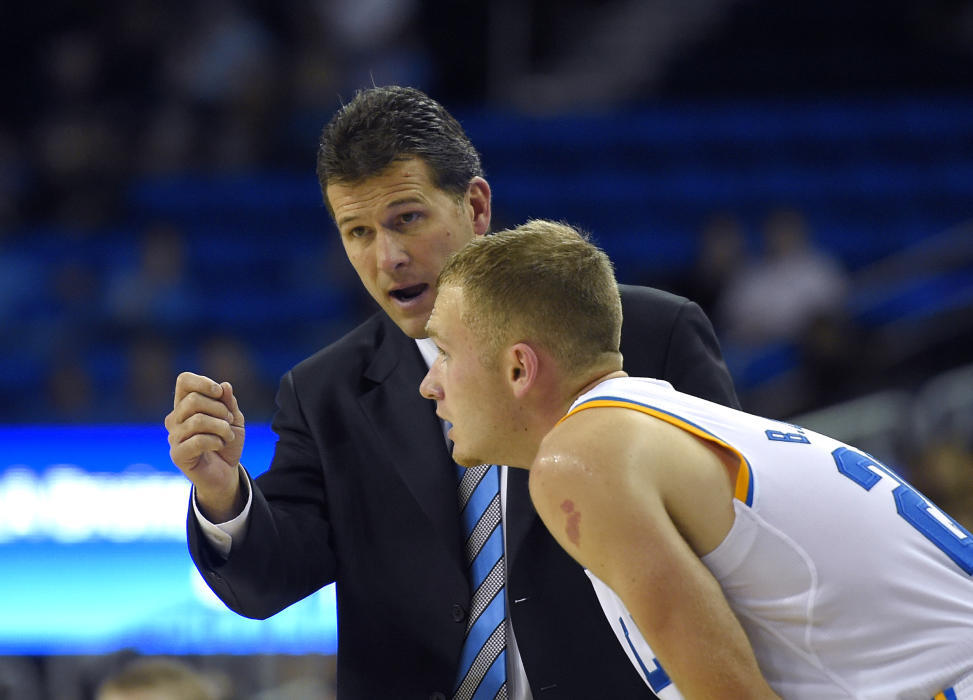 Steve Alford has coached four seasons at UCLA, but his next will be the first without his son on the team. (AP Photo/Mark J. Terrill)

By the end of last season, the perception of Steve Alford in Westwood seemed to be undergoing a change.

A 31-5 season, nearly half of which UCLA spent ranked among the top five in the country, reportedly netted him an offer to fill Indiana’s coaching vacancy. Despite Alford’s shortcomings – a losing season a year earlier and a disappointingly early end to last season – the prospect of losing him was more than a little unsettling, especially if it compromised the nation’s No. 2 recruiting class on its way to UCLA in the fall.

It will be nearly impossible not to view Alford differently next season. His son won’t be around to color the perception of the UCLA coach’s decisions.

How much did Steve Alford sacrifice on UCLA’s behalf for Bryce Alford? The debate is endless.

No longer is there fear he is sitting a better player – from Zach LaVine to Aaron Holiday – so his son can be on the court. Gone are questions about him compromising the team’s defense so UCLA can have one more shooter in the corner. Some surmise the effect of Bryce’s presence reached as high as Alford’s overarching philosophy slanted toward offense, his son’s obvious strength.

Bryce Alford proved he wasn’t a Division II player gifted a scholarship to UCLA by his father. He also wasn’t a point guard, the position he played his first three seasons in college. Not until his senior season did he play the role he was suited for.

If he doesn’t play for his father, does Bryce Alford climb as high as No. 5 on UCLA’s prestigious career scoring list? Probably not. The role his father gave him his first three years deserved to be questioned. But how much better were UCLA’s other options at the time?

There weren’t many decisions Steve Alford made that weren’t tied to his son, whether directly or by extension. Four years later, he’s still on the UCLA bench. Now he can simply coach. And not be judged by any other merit.