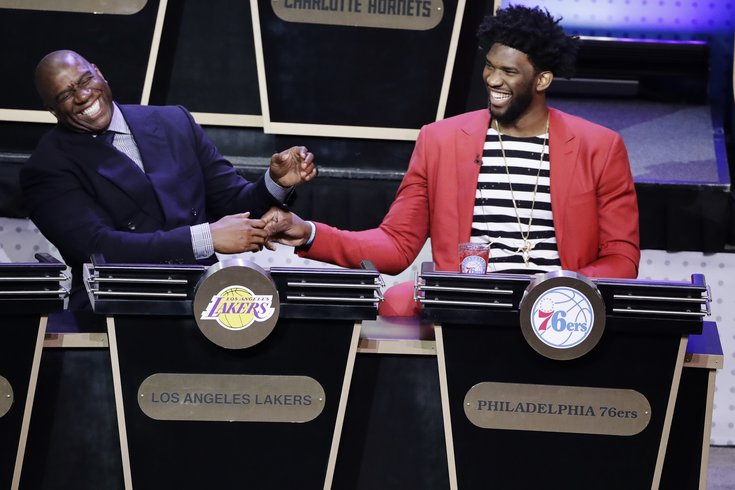 It’s nearly impossible to find a mock draft projecting Lonzo Ball to be selected by a team other than the Lakers. (AP photo)

Where do UCLA’s NBA prospects fit now that the draft order is in place?

Tuesday’s draft lottery likely only effected one of them, but Lonzo Ball’s destination seems more certain than ever. It is nearly impossible to find a mock draft that doesn’t project the former UCLA point guard as the No. 2 pick to the Lakers.

Even CBS Sports’ mock draft forecasts Ball to the Lakers despite slotting Duke’s Jason Tatum as the top pick to Boston, dropping near-consensus No. 1 pick Markelle Fultz to the 76ers at pick No. 3.

The Trailblazers and Raptors – Portland owns picks 15 and 20 while Toronto picks 23rd – are popular destinations for TJ Leaf and Ike Anigbogu, the two other UCLA players expected to be drafted.

Anigbogu, who averaged just 4.7 points and 4 rebounds in 13 minutes per game during his lone season at UCLA, is largely moving up on draft boards after the NBA Draft Combine last week. His best projection is 15th to the Chicago Bulls in Sports Illustrated’s mock draft. On the lowest end of the scale, NBADraft.net has Anigbogu dropping to the Magic with the fifth pick of the second round.

Leaf, who aptly showed off his range of offensive skills as the leading scorer for college basketball’s most efficient offense last season, is projected to be selected as high as 14th by the Miami Heat in The Sporting News mock draft. Leaf is a consensus first-round pick, but Joel Brigham of Basketball Insiders predicts him to fall to 28th, where the Lakers will use their second first-round pick, No. 28 overall, to reunite him with Ball.