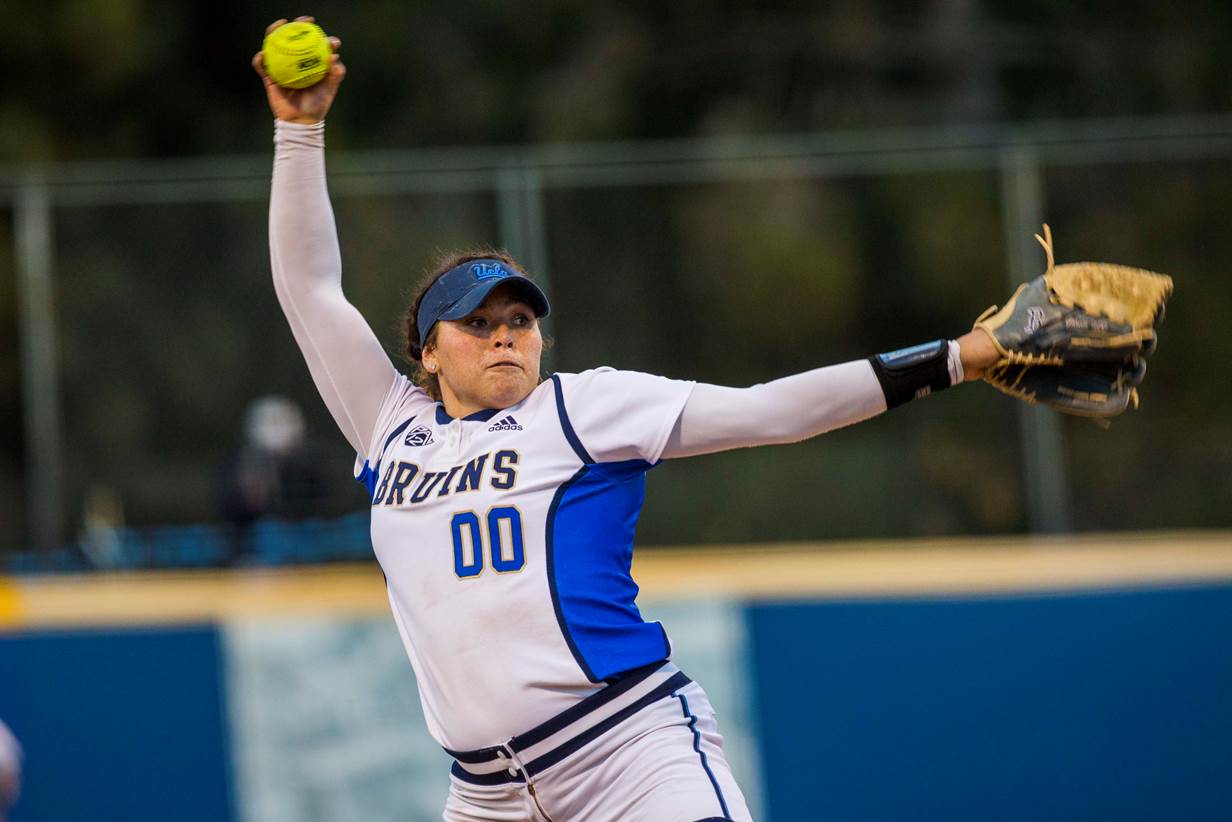 Pitcher Rachel Garcia and UCLA softball will face LSU in the first round of the Women’s College World Series. (Photo courtesy Katie Meyers)

Since it became the first team to punch its ticket to the 2017 Women’s College World Series on Friday, UCLA got to watch as the rest of the field filled in this weekend.

The Bruins (47-13) found out their World Series first-round opponent Sunday as No. 13 LSU upset No. 4 Florida State in the Tallahassee Super Regional. The Tigers (47-20) lost the first game of the Super Regional, but bounced back to win two in a row and advance to their third straight World Series.

To win their first national championship since 2010, the Bruins have to survive a four-team, double-elimination bracket, then win a best-of-three series against the winner of the other World Series bracket. UCLA’s grouping also includes No. 1 Florida (55-8) and No. 9 Texas A&M (47-11).

UPDATED: No. 3 Oregon, No. 6 Washington, No. 10 Oklahoma and No. 15 Baylor make up the second bracket. Baylor upset Pac-12 champion Arizona, the No. 2 seed, in the Super Regional.