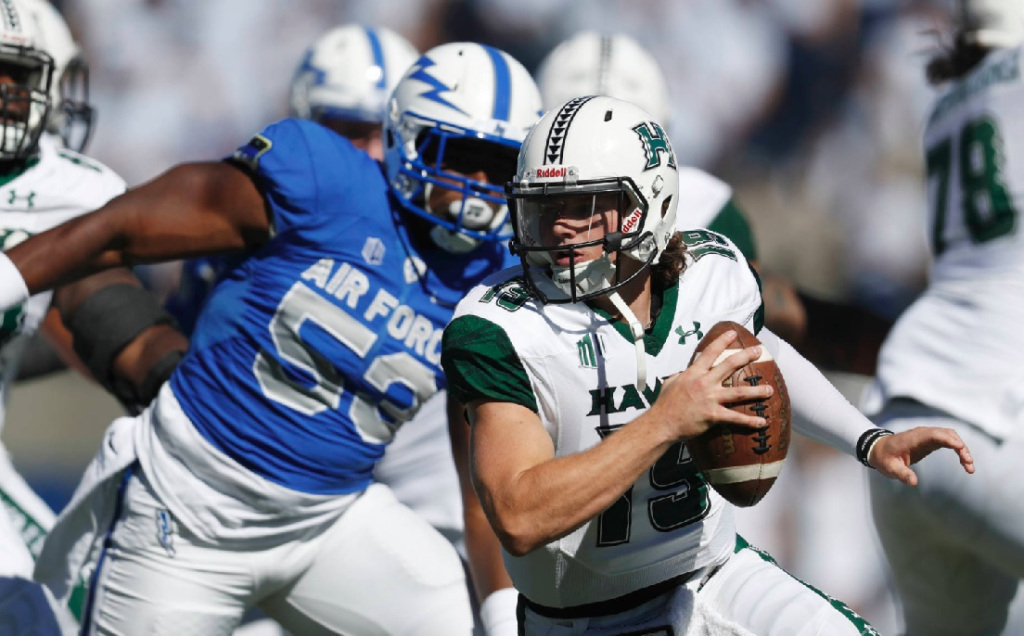 Hawaii grabbed most of its headlines this offseason by offering a scholarship to an 11-year-old quarterback. Now the Rainbow Warriors are also trying to make noise on the field.

As a rookie head coach last year, Nick Rolovich led Hawaii (7-7, 4-4 MWC last year) to its first bowl win since 2006. The Rainbow Warriors are now gunning for their first winning season since Greg McMackin’s 2010 squad that went 10-4 overall. Rolovich, a 38-year-old Hawaii alumnus, was the offensive coordinator for that team, running a system that combined the run-and-shoot and pistol.

The Bruins will be coming off a short week after a Sunday season-opener, but aren’t expected to face much trouble against a Hawaii team still rebuilding in Rolovich’s season year.

— Sparks fly: While the defense struggled, the offense surged last year. Hawaii averaged 163.8 rushing yards per game, its best performance since 1995. Leading rusher Diocemy Saint Juste returns after 1,006 yards on the ground. The passing offense ranked fourth in the Mountain West with 227.5 yards per game.

— Old faces: Former UCLA offensive lineman Fred Ulu-Perry will return to the Rose Bowl after he played in eight games as a true freshman in 2015. The native Hawaiian redshirted last year due to transfer rules and missed all of spring practice due to personal issues, but rejoined the team in April, according to the Honolulu Star-Advertiser.

— LB Jahlani Tavai: The junior from Mira Costa High in Manhattan Beach was the only Hawaii player to earn All-Mountain West first-team honors last year. Tavai led the team with 129 total tackles from his middle linebacker position and led the Mountain West with 19.5 tackles for loss.

— QB Dru Brown: Brown started the final 10 games as a junior college transfer last year, throwing for 2,488 yards with 19 touchdowns to seven interceptions and completing 62.4 percent of his passes. He won the starting job as a sophomore from then-senior Ikaika Woolsey and finished the year ranked second in the Mountain West in completion percentage.

Hawaii in a GIF