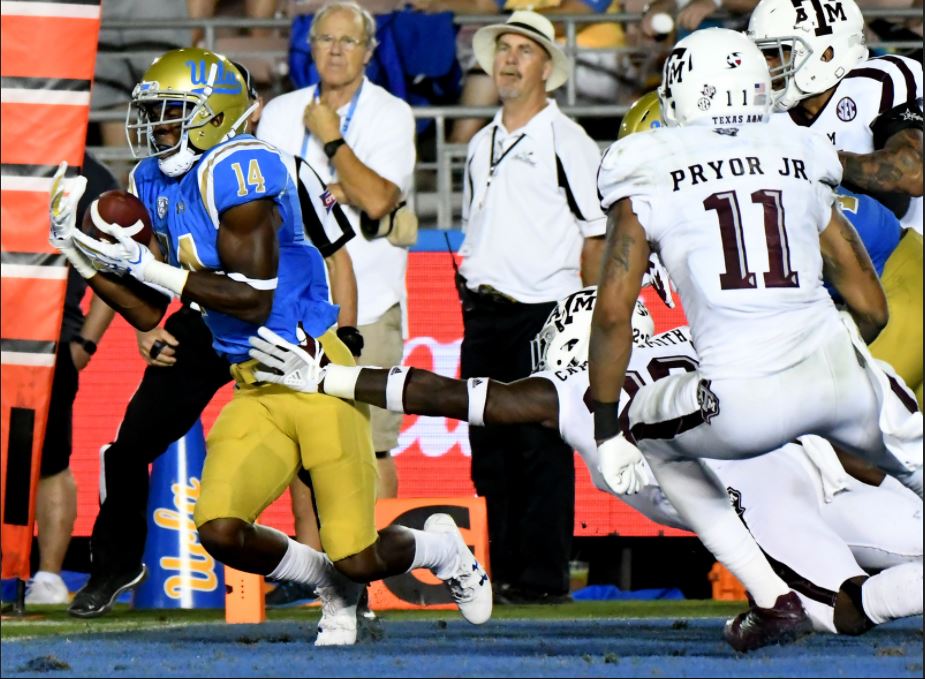 After Tuesday’s practice, UCLA’s first since its epic comeback against Texas A&M last Sunday, the head coach gathered his team in its postpractice huddle and scolded the players for a lackluster practice. On a short week, the Bruins had no time to dwell on its season opening win.