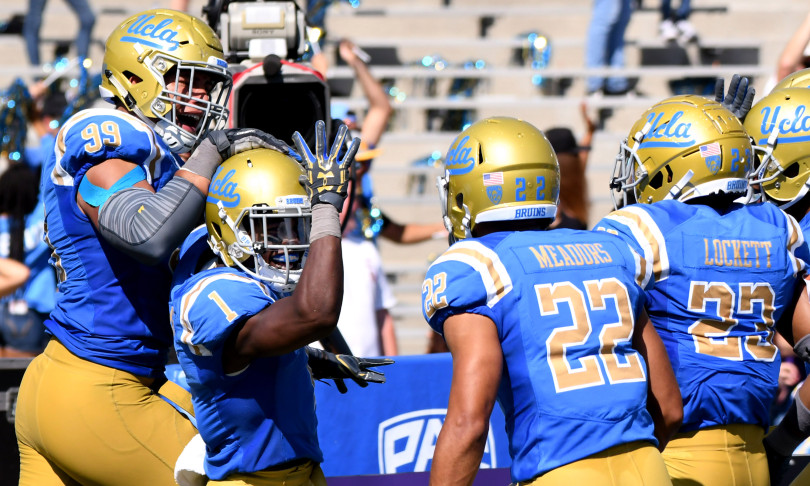 UCLA moved to 2-0 with a 56-23 win over Hawaii on Saturday at the Rose Bowl. The game was mostly without drama as the UCLA offense scored five straight drives in the first half to take a 35-7 lead at the break, then continued that dominance in the second half with three more touchdown drives before Josh Rosen retired to the sideline.

The junior quarterback turned in another strong performance with 329 passing yards on 22 for 25 passing with a career-high five touchdown passes.

The already struggling defense, however, picked up three significant injuries, losing Kenny Young, Jaleel Wadood and Adarius Pickett in the first half. Without three of their defensive leaders, the Bruins gave up 515 total yards to Hawaii.

GOODS (That aren’t Josh Rosen, who was the most “good” thing for UCLA again)

“Personally I believe in my heart that he is the best quarterback in the country and if we can give him time, he’s lethal back there.”