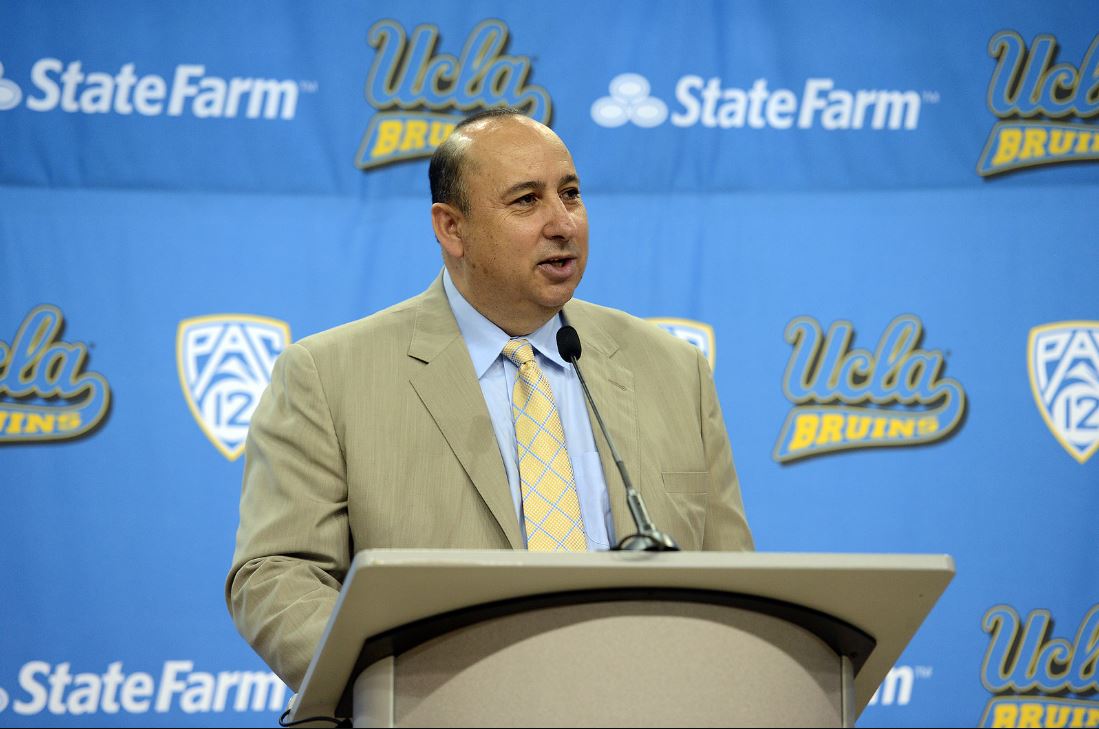 The task force was formed in the wake of the ongoing FBI investigation into corruption in college basketball recruiting and will supplement the NCAA’s Commission on College Basketball, which was announced Wednesday.

“Our task force is going to look at the issues raised by the FBI investigation and do deep dives into the culture and issues around recruitment and men’s college basketball,” Scott said at Pac-12 Men’s Basketball Media Day in San Francisco.

Of the investigation, Arizona head coach Sean Miller said only “as the investigation into these allegations continues, it does so with my support.” When asked further questions regarding the issue, Miller repeated “I’m going to stand by my statement.”

USC head coach Andy Enfield did not comment specifically on the investigation on Thursday, saying it is ongoing.

“We’re all for the betterment of our game of basketball,” Enfield said of the Pac-12’s new task force. “We’re all in this together as coaches, players, universities.”

Many coaches were asked about the mounting pressure they are under to win and the growing pot of money in college athletics, which has  may have led to cheating.

“It’s kind of like the gateway drug, right?” Utah head coach Larry Krystkowiak said. “You’re introduced to alcohol, and you have a little marijuana, and next thing you know you’re doing cocaine, and before you know it you’re on ‘Breaking Bad.'”

Guerrero is one of five initial members of the task force. It also includes Utah athletic director Chris Hill, former Tennessee safety Charles Davis, who is not an analyst on FOX Sports, longtime administrator Tom Jernstedt, a National Collegiate Basketball Hall of Fame, and former Stanford and Cal head coach Mike Montgomery. The full task force will have 10 to 12 members.

When asked if he thought a free-market in college athletics may solve some of the recruiting issues, Scott stood by the values of amateurism.

“We do not want student-athletes coming to our schools to earn a living,” Scott said. “We want them to learn the skills and get the education and have the platform so that they can earn a living and be successful in life afterwards. So it’s a pathway, not a destination.”