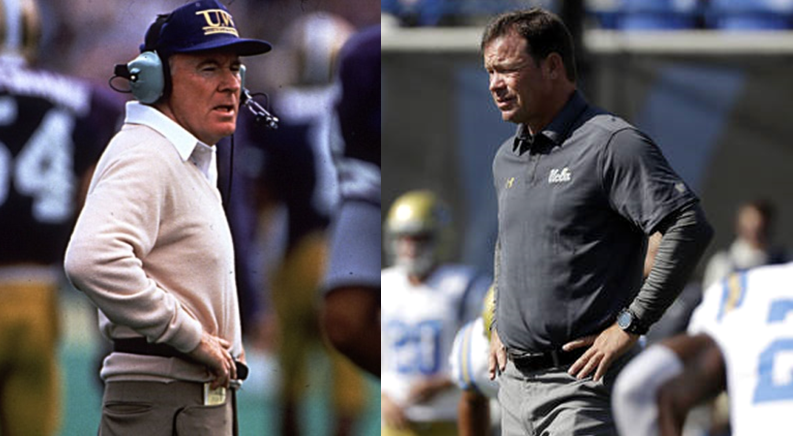 UCLA head coach Jim Mora (right) will return to Washington on the same weekend that the school is unveiling a statue of Mora’s former coach Don James (left). (Photos courtesy University of Washington and AP)

It’s been more than 30 years since Jim Mora played for Don James at Washington, but the current UCLA head coach is still taking lessons from his former coach.

“There’s really not many days that I’m doing something and something doesn’t click in my mind: ‘How would Coach James have handled this?’” Mora said this week.

Mora will return to his alma mater with the Bruins on the same weekend that the school is unveiling a statue of Mora’s former coach. James coached in six Rose Bowls, winning four, at UW, and hired Mora for his first coaching job as a graduate assistant right out of college.

More on how James has continued to influence Mora at UCLA.