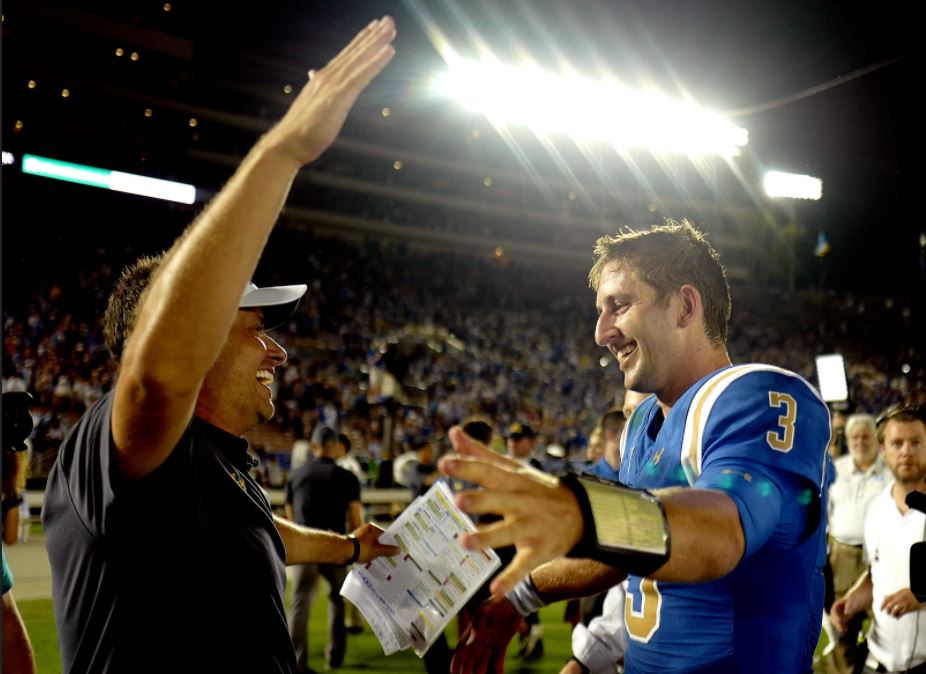 Jedd Fisch isn’t distracted by any rankings or College Football Playoff berths. He’s too busy studying the film on No. 12 Washington.

“We all know it’s a good football team, just turn on the tape, that’s easy to see,” the offensive coordinator said.

During the three years since UCLA and UW last played, the Bruins stumbled toward irrelevance while the Huskies won their first conference championship in 16 years. When they meet Saturday at Husky Stadium at 12:30 p.m., UCLA has a chance for its first win over a ranked team since 2015.

Links to preview the game: