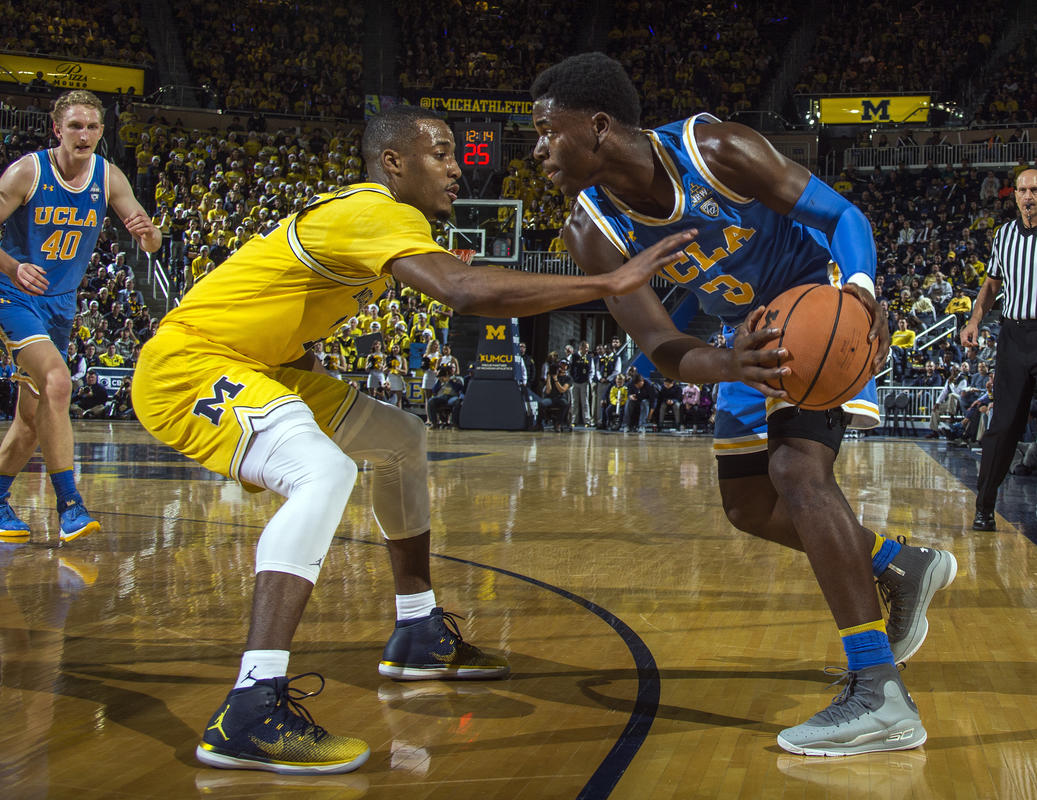 Aaron Holiday had a career-high 27 points against Michigan but it was another career mark that made the biggest impact for UCLA.

Holiday committed seven turnovers, surpassing the career-high six he set in his first collegiate game, as the Bruins gave the ball away 20 times in a 78-69 overtime loss to Michigan in Ann Arbor.

UCLA (7-2) had a 15-point lead with 14:48 to go, seemingly on the cusp of its first victory over a team with a winning record. But the Wolverines (8-3) chipped away steadily, tying the game with a pair of free throws from Eli Brooks at the end of regulation. UCLA turned the ball over five times in the final 15 minutes of the second half after building the double-digit lead without one.

In overtime, UCLA scored four points, off a basket from Holiday and a dunk from G.G. Goloman, but turned it over three times. Michigan was a perfect 5-for-5 from the field during the extra period, including back-to-back 3-pointers to start overtime.

Thomas Welsh tied his career-high in scoring with 22 points while adding 10 rebounds. Holiday, who played every minute of the second half and overtime, also had seven assists. The two upperclassmen combined for 49 of UCLA’s points. The next highest-scoring UCLA player was Goloman with seven.

UCLA returns to Pauley Pavilion next to face No. 17 Cincinnati on Saturday at 12:30 p.m.