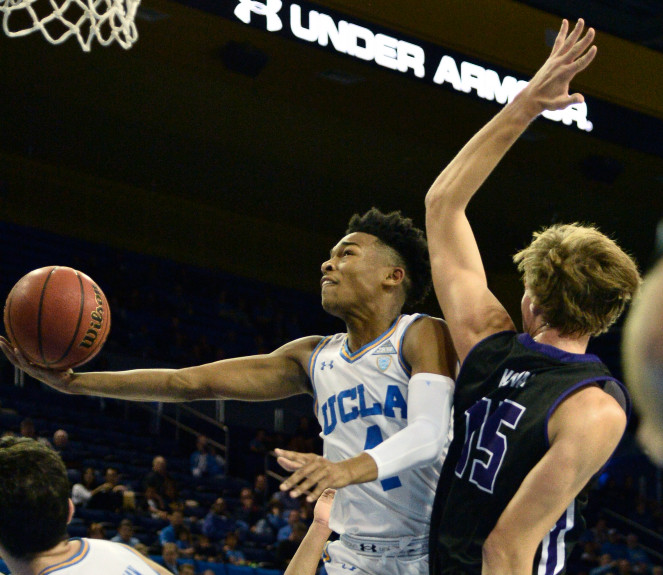 With a conference record just one double-overtime collapse away from perfect, UCLA (12-4, 3-1 Pac-12) has an early lead in the Pac-12 race entering Thursday’s game against Utah at Pauley Pavilion.

The continued progression of players like Jaylen Hands will help the Bruins stay in first place.

Hands is coming off a career-high eight assists to just one turnover in UCLA’s blowout victory over Cal last weekend.

“That’s what we gotta have out of Jaylen,” head coach Steve Alford said, “and that’s the growth that we’ve been trying to work with him on. … He’s great in transition, he always has (been) since he’s been here, but now he’s learning what the half-court is about and we saw a lot of growth for him.”