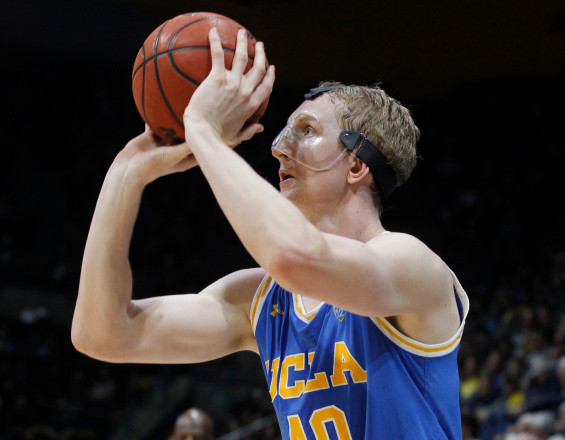 It didn’t just slow Welsh down. It completely stone-walled the 7-footer.

Despite having made 9 of 10 of his field goal attempts up to that point with a team-high 20 points, Welsh didn’t get a single shot off for the rest of the game as Colorado pulled away with a 68-59 win in Pauley Pavilion. Now entering a critical road trip, the Bruins are left lamenting their inability to go back to Welsh when he was their only reliable offensive force.

“I wish we could have gave him the ball a couple more times,” freshman guard Kris Wilkes said Tuesday, “but I think as they seen he was on fire, they started trying to close down on him more and they seen that other people wasn’t hitting shots, so it didn’t work out in our favor.”

Junior guard Aaron Holiday said that at the time, he wasn’t aware Welsh hadn’t gotten a shot in the final stretch of the game.

“I guess that’s on me,” the point guard said.

Said head coach Steve Alford when asked if he regretting not getting Welsh more shots late in the game: “I don’t get him shots. It’s not me getting him shots. I’m on the sideline, they don’t let me come out here (on the court). But that’s somebody that we always want to play through more and we’ve said that.”

More on Welsh heading into UCLA’s road trip this weekend

After two surgeries, and 3 months of scootering and crutching I’m finally back on my two feet! I’m beyond thankful for the journey, it will only make the reward even greater! Still taking it one day at a time, but can’t wait to get back with my team. pic.twitter.com/ucmxdRBKV8