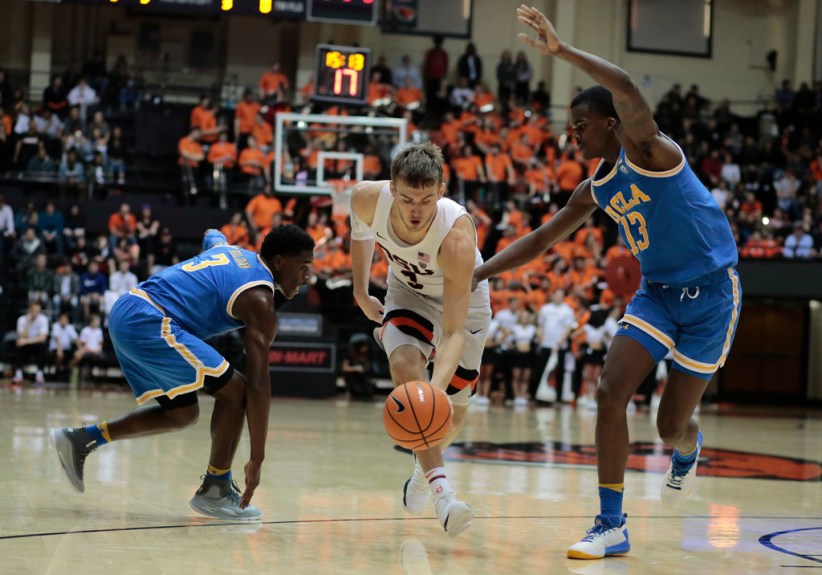 In need of a bounce-back win, UCLA only fell deeper into its Pac-12 hole after a 69-63 loss to Oregon State in Gill Coliseum on Thursday. The Bruins now have more losses than they did all of last season and have lost back-to-back games to tumble out of first place in the conference.

Holiday gave the Bruins a one-point lead with 3:24 to go after he hit two free throws, but the Beavers came back with back-to-back 3-pointers to spur a 10-3 run to end the game. UCLA’s only points during that stretch came on a 3-pointer from Kris Wilkes.

UCLA will try to avoid the road sweep on Saturday at Oregon at 7 p.m. on ESPN.